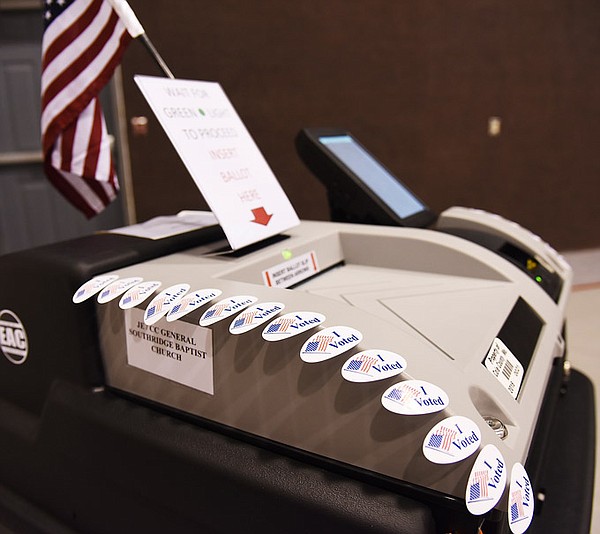 11 file for municipal and school elections

The first day of filing for elections saw 11 people running for office in Jefferson City or the local school board.

The depot remains open until December 28 for the April 5 election.

By the end of the day on Tuesday, all five Jefferson City Council positions in election had a candidate registered.

Each year, a council member from each of the city’s five wards is a candidate for election. Board members can serve up to four two-year terms.

The five incumbents can stand for election.

Resident Jack Deeken requested the siege of Ward 1, currently held by Hank Vogt, who did not testify on Tuesday.

Those interested in filing may do so with the Jefferson City Clerk at City Hall, 320 E. McCarty St., during regular business hours.

Council members must have lived in Jefferson City for at least one year and in the neighborhood they wish to represent for six months prior to the election.

Tuesday also marked the first day for submitting applications for school board positions.

Several new names appeared on the Jefferson City School District ballot; other districts in the region had registered incumbents only on the first day.

There will be two open seats on the Jefferson City School District School Board. Incumbents Lorelei Schwartz and Stephanie Johnson have yet to announce whether they will run again, according to a previous News Tribune article.

Applicants to the Jefferson City Board of Education can drop off their applications at the central office, 315 E. Dunklin St.

The Blair Oaks Board of Education has two open positions; only current board member, John Weber, filed Tuesday. Those interested can drop off at the central office, 6209 Route B in Wardsville.

Cole R-1 of Russellville also has two open positions, which currently belong to Shawn Erhardt and James Case. No one filed for those seats on Tuesday. Applicants can drop off their applications at the central district office, 13600 Route C in Russelville.

Eugene’s Cole R-5 has two open positions, which currently belong to Deanna Smith and Chuck Angerer. Only Smith filed Tuesday. Applicants can file at the central office, 14803 Missouri 17 in Eugene.