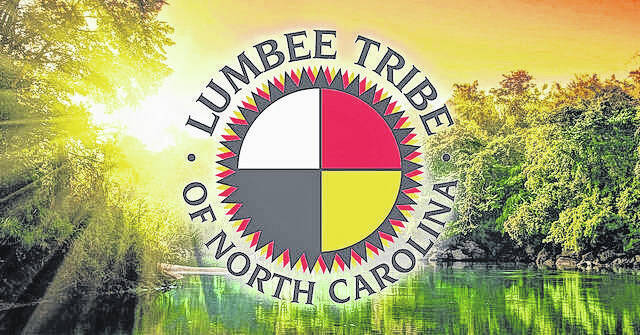 6 other candidacy files for the November 15 Lumbee tribal elections

He said he decided to run for the District 6 Tribal Council seat after much prayer and consultation with his wife. He describes himself as a “Servant of the People”.

“I believe in helping others,” Locklear said. “I grew up in poverty in the community of Wakulla near Red Springs and had many people who helped me along the way. It has been my life’s mission to give back to others and help helping others, especially those in similar circumstances from my upbringing.

Locklear has also worked with various organizations to bring attention to the issue of drug and opioid abuse, domestic violence and the abuse of women and children, and missing and murdered Indigenous people. He is also a former member of the Domestic Violence Board, where his wife still sits. He also started the Missing and Indigenous Persons Day program three years ago and has worked on dozens of other community projects throughout his career.

He said he wanted to tackle these issues as well as issues of seniors and veterans and others, including housing, housing rehabilitation, school dropout rate, teenage pregnancy, suicide and helping local students with university aid.

He said full federal recognition of the Lumbee Tribe is one of the biggest issues facing the tribe.

Locklear has been married to the former Mary Thomas of Lumberton for over 26 years. Mary Thomas-Locklear is the Director of Human Resources for Robeson Health Care Corporation. She has worked there for nearly 35 years.

The Locklears are members of the Pleasant Meadow Missionary Baptist Church. They live on Highway 710 near Pembroke and have lived in District 6 since their marriage. They have two daughters, Samaria, 34, and Vincea, 22, and four grandchildren.

Locklear suffered a massive heart attack on December 9, 2019 while pulling an elderly couple from a wrecked vehicle in Lumberton. He was hospitalized for 10 days and has since made a full recovery.

He attributes his recovery to his faith in God.

Locklear has been publishing for almost 20 years and has started three other publications in a journalism career that spans almost 30 years.

He got his start in journalism in the summer of 1993 and has since worked for the Red Springs Citizen, St. Pauls Review, The Robesonian and the Fayetteville Observer before starting a weekly newspaper, The Robeson Journal.

Locklear is now a correspondent for Indian Country Today and continues to contribute to the Fayetteville Observer and WTVD as a correspondent. He has worked for the Observer for 27 years. He is also a freelance photographer and has owned a photography business for over 40 years.

Chavis-Doss is a retired patient care coordinator from a nursing facility and she “still has that passion and zeal as she works in her community, her county and her church,” according to the biographical information submitted. at The Robesonian. Chavis-Doss is known to have a “servant’s heart for others” and “puts her love into action as she meets people’s needs.” His loving action goes hand in hand with Galatians 5:13…”serve another with love”, reads his biographical information.

She is a faithful member of Gray Pond Baptist Church where she is a Sunday school teacher, local missions director and food bank organizer. She is a “lady charged with a mission” and has proven it during various mission trips.

She loves meeting people and rarely meets a stranger. She said her passion is advocating for seniors, veterans, and mental health and addiction awareness.

Chavis-Doss is married to Robert Doss and has three children and a host and grandchildren and great-grandchildren. Her favorite hobbies include shopping and family gatherings.

Incumbent Shelley Strickland, also filed for re-election on Thursday at the District 12 headquarters.

Strickland, 61, is married to Pam and has two children, Seth and Velicity, and five grandchildren.

His goal if re-elected is to support full federal recognition, Strickland told the Robesonian on Friday.

“It’s time for the discrimination to end and the recognition to begin,” Strickland said.

“Since my tenure I have brought a powwow to Scotland County and built a site for seniors which includes 10 homes and a community building,” he added.

Strickland said he is working on future renovations to the Maxton Mill pond, future cultivation classes and pushing the tribe to purchase land to build a housing estate or apartments in Maxton.

“I am looking to put a memorial under the name Maxton Mill Pond to commemorate the 1958 KKK takeover attempt,” Strickland said.

Strickland said he hopes to establish a public service memorial that will be placed at the Tribal Administration Complex.

“Let’s let District 12, which includes Scotland County, Maxton and Affordsville, transition to next generation for years to come,” Strickland said.

Terry Locklear is also seeking the District 12 headquarters. He filed Friday but did not submit biographical information to The Robesonian.

James Hardin filed the District 13 seat on the Tribal Council on Friday, held by Ricky Burnette.

Hardin is the former director of the Urban Indian Center, the Cumberland County Association for Indians in Fayetteville. He is currently the Executive Director of the Lumbee Regional Development Association and has over 40 years of experience in state and federal urban and tribal social and economic development programs and operations.

Hardin previously served as Deputy Tribal Administrator for the Lumbee Tribe of North Carolina. He previously served as Vice President of the Southeast Region of the National Congress of American Indians, a federally and state-recognized tribal advocacy and lobbying organization in Washington, DC.

He holds a bachelor’s degree from Pembroke State University (1974) and received his master’s degree in public administration from UNCP in 2011.

He grew up in Cumberland and Sampson counties, where he remains active in the Lumbee and Coharie tribal communities.

As a member of the Mount Olive University Alumni Council, he is a “strong” advocate for youth development and advancements in agriculture. As an advocate for Native youth, Edwards has coordinated and taught several Native American youth agricultural camps at the University of North Carolina at Pembroke, as well as led workshops on Native agriculture at the annual North Carolina Native Conference. Youth Organization.

Edward’s vision is “to serve the Aboriginal community in a way that drives progress and influences the advancement of Aboriginal people.