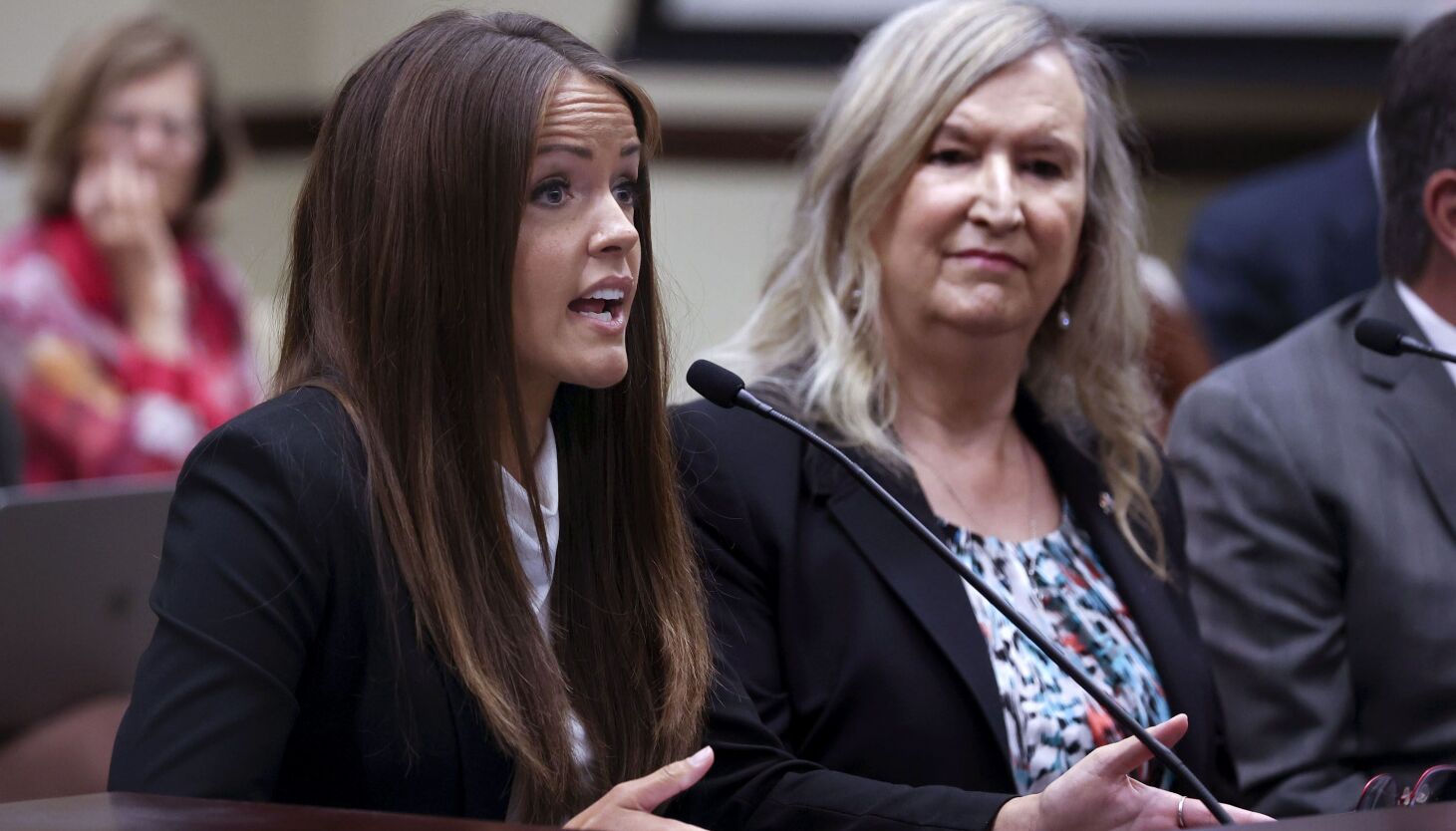 The ACLU of Utah and other advocacy groups filed a lawsuit on behalf of two families on Tuesday against a bill passed by the Utah Legislature this year that bars transgender girls from performing in high school girls sports.

The lawsuit includes two transgender girls who attend public schools – a 16-year-old who wants to play volleyball and a 13-year-old swimmer. The families are filing the lawsuit anonymously “to protect their children,” the ACLU, the National Center for Lesbian Rights, and the law firm Wilson Sonsini Goodrich & Rosati said in a statement.

In March, the Republican-controlled Utah Legislature voted to override Governor Spencer Cox’s veto of HB11, allowing it to go into effect this spring. Legislative leaders said at the time they expected to face legal action in response – but a mechanism is in place if the law is suspended by the courts.

If the ban is overturned, HB11 is structured to activate a commission to decide if every transgender child can compete.

“Today’s lawsuit is not surprising, as such actions have been threatened from the beginning. My goal has always been to protect sports girls and female athletes across the state and I hope the courts will recognize this and enforce the legislation,” the bill’s sponsor Rep. Kera Birkeland, R-Morgan, said in a statement Tuesday.

After the legislature overturned Cox’s veto, the ACLU promised swift legal action. The ACLU described the students in the lawsuit as athletic enthusiasts “who want to play sports with other girls.”

“If HB11 is allowed to go into effect, these kids won’t be able to play the sports they love,” ACLU leaders said.

One of the girls, nicknamed Jenny Roe, said her last volleyball season was “one of the best times of my life”.

“I loved my teammates, felt like I was part of something bigger than myself and finally had a way to socialize with friends after being locked down during the pandemic,” the teenager said in the statement. . “This law has devastated me. I just want to play on a team like any other kid.”

The girl’s mother, who goes by the name Debbie Roe, said the law “feels like an attack on our family”.

“Parents want their children to be happy and surrounded by people who love and nurture them. This law does the opposite – it tells my daughter she doesn’t belong and is unworthy of having the same opportunities as the other students in her school,” says the mother.

“The law … singles out transgender girls to exclude them from women’s sports. It prohibits every transgender girl from competing on a women’s team, regardless of medical care or personal circumstances,” the ACLU said in the communicated.

Justice Christine Durham, former Chief Justice of the Supreme Court of Utah and lead counsel for Wilson Sonsini, said in the statement that the law ‘cannot survive constitutional scrutiny and puts children at risk. transgender”.

The controversial bill was originally passed in the final hours of the 2022 general session after Sen. Dan McCay, R-Riverton, proposed the outright ban. The original version of the bill proposed by Birkeland sought to create a commission to decide whether every child can play – a proposal that will still take effect if the ban is lifted.

Those who support the bill say they want to protect fairness in women’s sports, while critics of the bill say it will alienate children who are already struggling.

“HB11 is trying to protect two things: safety and the integrity of the competition,” McCay said in a statement Tuesday. “It is our responsibility as lawmakers to pass legislation that ensures women still have a place in their sport. HB11 does just that. Sometimes litigation is part of the process, and we will work within the legal system. to get answers.”

McKay mentioned the commission that will be established if the ban is lifted, as did Senator Curt Bramble in his own statement, saying HB11 “puts Utah in the lead by creating an unbiased, data-driven commission, continuing to protect female athletes.”

“All children deserve fair opportunities,” Bramble said, “however, we need to recognize that biological boys and girls are built differently. HB11 does not prevent athletes from competing as they can still compete against their same biological sex. The intent of HB11 is to preserve women’s sports and protect future sporting opportunities.”

The Utah High Schools and Activities Association and school districts are protected by state law from lawsuits in response to the bill. After overriding the veto, the legislature convened a separate special session called by the governor to make changes to HB11, during which lawmakers passed a bill to compensate the Utah High School Activities Association and the districts. schools against costly lawsuits.