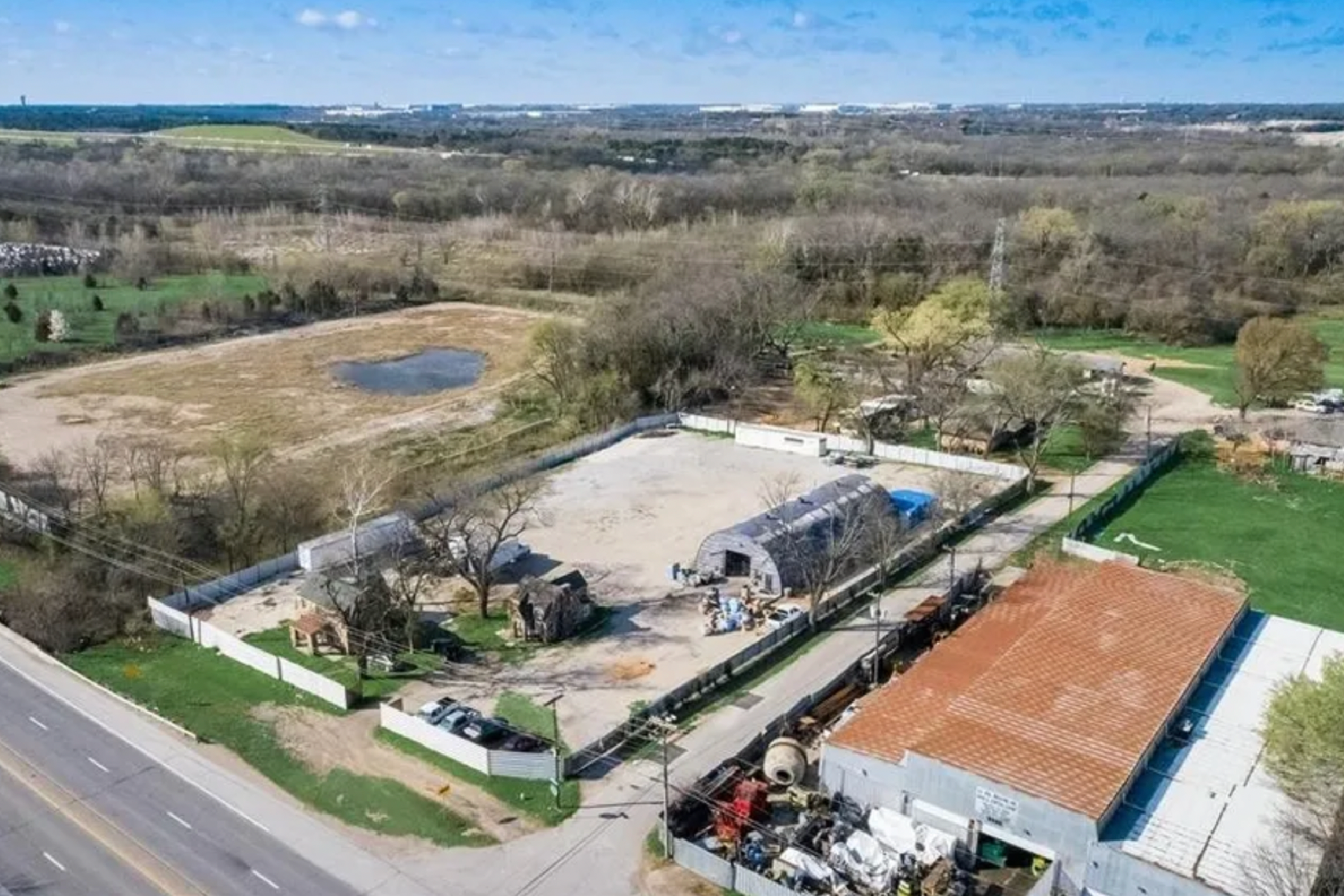 On Monday, Marsha Jackson and many of her neighbors at Floral Farms saw floodwaters rising, eventually into homes. While there were plenty of other parts of town where people also watched a similar scene unfold, Jackson says the problem in his community is almost entirely man-made.

Floral Farms’ most famous monolith, Shingle Mountain, may be in the McCormas Bluff landfill, but Jackson and the rest of Floral Farms are still zoned for industrial use, which means those neighbors on any given day , can find themselves facing a host of environmental issues that you won’t find on Strait Lane or Lakeview Boulevard. Jackson’s neighbor is no longer a pile of shingles, but it’s an Irving-based scrap and recycling company called Almira Industrial.

In May 2021, Almira applied for a certificate of occupancy and claimed that it would use the land for “the sale and maintenance of machinery, heavy equipment or trucks”. He said he planned to “sort and separate metals to supply factories, trading companies and for export”. The land is zoned for industrial research, not metal recovery, and there is no specific use permit issued that would override this zoning.

Jackson complained to the city about the dust, noise, and nuisance that Almira’s operation brings to her neighborhood.

“Take your business away from residents,” Jackson said last month. “You know, there’s a full-fledged concrete plant right next to 310 and 20. We’re not worried about that because it’s not close to anyone’s house. The city shouldn’t even allow that, they know it’s illegal.

On Monday, she posted on Facebook alleging that Almira’s decision to install steel fencing to block the flow of water from a nearby creek had created flooding in her garden which entered her home. neighbour.

Ironically, the very morning she saw the water rise on her property, Jackson announced that she had signed a lawsuit filed with the US Department of Housing and Urban Development by several advocacy groups, including the Floral Farms Association. Neighbors United/Vecinos Unidos, the Joppa Environmental Health Project and the Coalition for Neighborhood Self-Determination. The lawsuit accuses the city of Dallas of failing to address the inequity of allowing heavy industry to continue to operate in their predominantly black and Hispanic neighborhoods.

“Shingle Mountain wouldn’t have happened if the land next to my house hadn’t been zoned heavy industrial,” said Jackson, who is also co-chairman of Neighbors United/Vecinos Unidos. “The nightmare is ongoing because the property next to my house is still zoned heavy industrial, and is currently being used as an illegal truck storage lot and is licensed for scrap metal and salvage.”

The complaint alleges that the city’s zoning policies violate the Fair Housing Act and are discriminatory because they hinder residents’ ability to obtain loans to repair or buy homes. They pushed for an environmental justice overlay district that would address industrial zoning and other land uses that are directly adjacent to or even sometimes smack in the middle of residential areas like West Dallas and Floral Farms.

“The city has been zoned in a way to segregate people by race and to concentrate hazardous industrial uses with and near black and Hispanic communities,” Evelyn Mayo, president of Downwinders at Risk and fellow at Paul Quinn College, told about the complaint. “Until we undo the zoning itself and begin to keep people away from polluters, which to date the city has failed to present a path to achieve this, we will continue to see disparities in pollution concentration and health outcomes.”

The city council must vote on a citywide vote racial equity plan Wednesday morning. One of his self-proclaimed “Big Bold Goals” is environmental justice in the city. Among the community’s suggestions were things like regularly publishing air quality metrics by location, tackling illegal landfills, and eliminating industrial zoning in residential areas.

However, zoning was not among the targets for action in the proposed racial equity plan. Clean up pollution produced by industrial use by implementing the Environmental Protection Agency program Brownfields Program (which makes it possible to respond to the depollution and prevention of polluted sites) is an action. Increasing the number of air quality monitors is one action.

Addressing zoning that requires both, however, is not an action item. It is also absent from the city’s overall environmental and climate action To planwhich outlines the city’s goals for addressing climate change and various environmental issues in the city.

This coalition is also not the only group that has higher expectations for the city’s environmental justice goals. In June, the West Dallas neighborhood Singleton United/Unidos community, which is involved in an effort to get shingle maker GAF out of their neighborhood, also recognized how critical this time was. The city says it is focusing on racial equity and revising its land use plan. They see this as an ideal time to address these systemic zoning issues.

The group believes the time has come for the city to rectify an oversight from more than 35 years ago, when Dallas failed to zone its neighborhood appropriately and fairly. “It’s a very, very good time to push these issues forward,” said Singleton United spokeswoman Janie Cisneros. “You’re already forming a vision for the future of Dallas and integrating all of these plans, including the neighborhoods and their plans. And none of these plans predict that polluters (will be) in their area. »

When HUD receives the complaint, it will determine which department has jurisdiction and then likely launch an investigation.

The most important Dallas news stories of the week, delivered to your inbox every Sunday.

Bethany Erickson is the Senior Digital Editor of Magazine D. She has written about real estate, education policy, the stock market, and crime throughout her career, and sometimes all at the same time. She hates lima beans and 5 a.m. and takes SAT practice tests for fun.