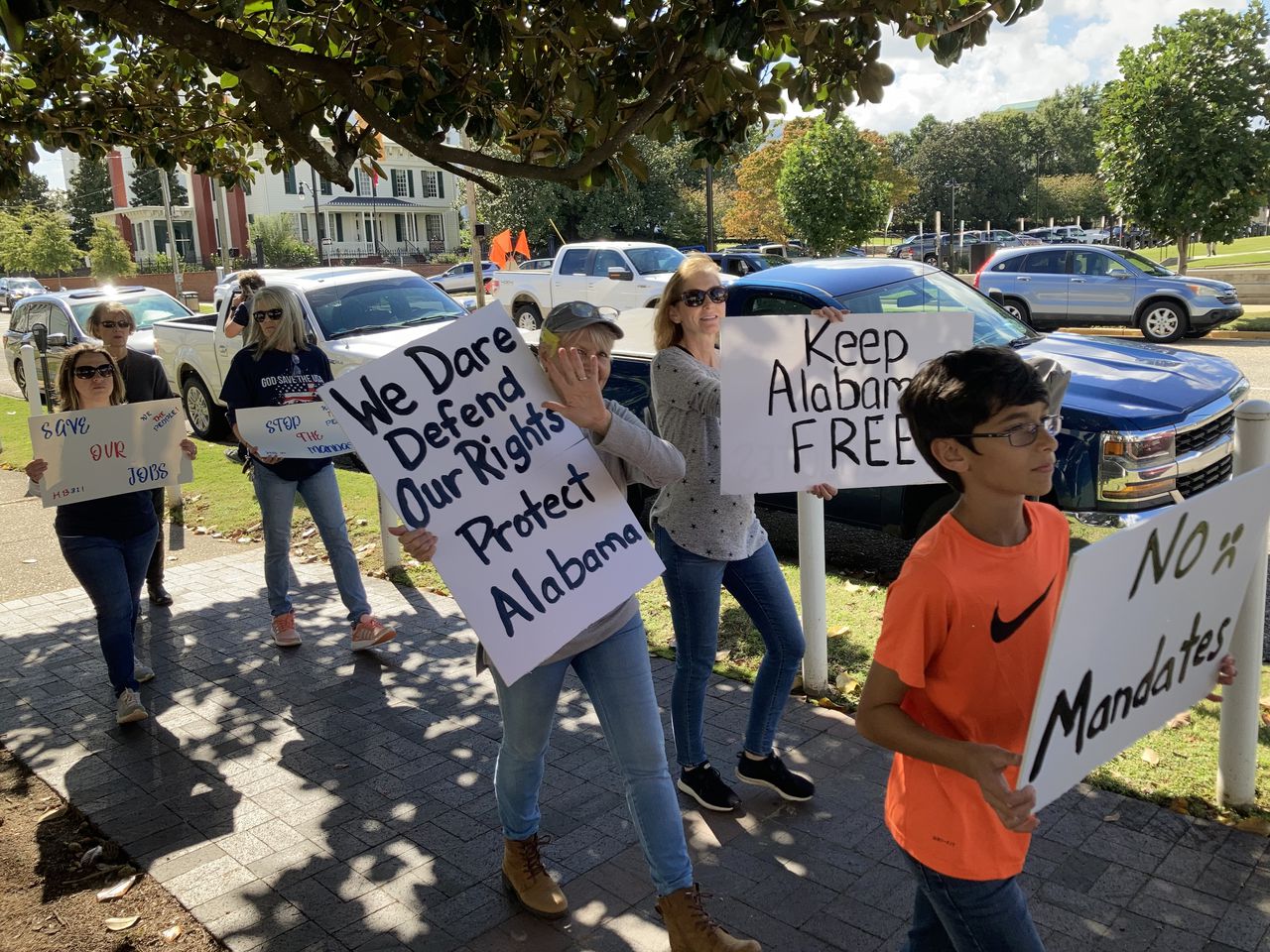 Some of them are expected to be considered by a Senate committee this afternoon.

House Speaker Mac McCutcheon said last week that he did not expect any bills relating to vaccination mandates to be considered in the House during the special session, only Gov. Kay Ivey called for a redistribution, a process required after every census. McCutcheon said lawmakers were working with Ivey and Attorney General Steve Marshall on how best to protect employees who may be affected by President Joe Biden’s vaccine tenure, which applies to companies with 100 or more employees and to federal contractors.

Those opposed to the warrant held a march to State House on Thursday, urging lawmakers to do more to try to stop the Biden ordinance.

Senator Greg Albritton, R-Range, chairman of the Senate General Fund budget committee, said the committee will meet this afternoon and expect it to consider legislation opposing the mandate vaccines. Albritton said there was no agreed plan except that the issue must be resolved.

“We agree that something needs to be done,” Albritton said.

Following the special session, lawmakers will meet on January 11 for the 2022 regular session.

Republican Senators Tom Butler of Huntsville, Chris Elliott of Fairhope, Sam Givhan of Huntsville and Arthur Orr of Decatur have tabled anti-mandate bills in the Senate. Orr has three tickets and Butler has two.

Lt. Gov. Will Ainsworth said on Twitter that he supported the anti-mandate bills during the special session.

When McCutcheon said he did not expect vaccine mandate bills to be considered in the special session, he said legal counsel to the Legislature had expressed doubts about the fact that such bills would be an effective way to fight against a federal mandate. Ivey said she believes the best way to fight the warrant is to go through the courts.

Here is what some of the bills introduced during the special session would do. Some are similar or the same:

Bill House 4 by South says no one will be forced to take a vaccine that conflicts with their religious, personal or philosophical beliefs. It would apply to vaccines approved for use after January 1, 2021.

HB 6 by Mooney says minors need parental consent to receive a COVID-19 vaccine. Under current state law, minors aged 14 and over can consent to medical treatment.

HB 6 also states that employers cannot require employees to receive vaccines unless required by a federal mandate. He says employers under mandate should allow alternatives to minimize the spread of COVID-19, including periodic testing, masks, social distancing or proof of the presence of natural antibodies.

HB 7 de Mooney says no employer can require an employee to receive a COVID-19 vaccine if that employee objects because of religious belief or for medical reasons, including recovery from COVID-19. If the bill were to pass, the state Ministry of Labor, in cooperation with the attorney general, would be required to issue guidelines for employers on the requirements.

HB 8 de Mooney asserts that employers cannot discriminate against employees or job seekers based on their immunization status when it comes to hiring, firing, advancement, pay, training or other terms, conditions and privileges of employment.

HB 8 also says that a public accommodation place cannot discriminate against people on the basis of their immunization status “in the full and equal enjoyment of goods, services, facilities, privileges, benefits or accommodation”.

HB 9 by Whorton says employers cannot discriminate against employees or applicants based on their immunization status when hiring, firing, advancement, pay, training or other terms, conditions and employment privileges. People who claim to have been discriminated against in violation of the ban could sue their employers and receive compensatory and punitive damages and attorney fees if they prevail.

Senate Bill 6 by Givhan is similar to HB 6 by Mooney, requiring employers with a vaccination mandate to offer alternatives to their employees and requiring parental consent for minors for COVID-19 vaccines.

SB 7 Per Butler says no government entity can require an employer to impose COVID-19 vaccines on its employees.

SB 8 by Butler says that no entity or person can compel a person, including an employee or a consumer, to receive a vaccine against COVID-19, who opposes the vaccination for reasons of personal conscience, based on a religious belief or for medical reasons, including recovery from COVID-19.

SB 9 by Elliott is similar to HB 7. It says no employer can require an employee to receive a COVID-19 vaccine if that employee objects to the vaccination because of religious belief or for medical reasons, including including recovery from COVID-19.