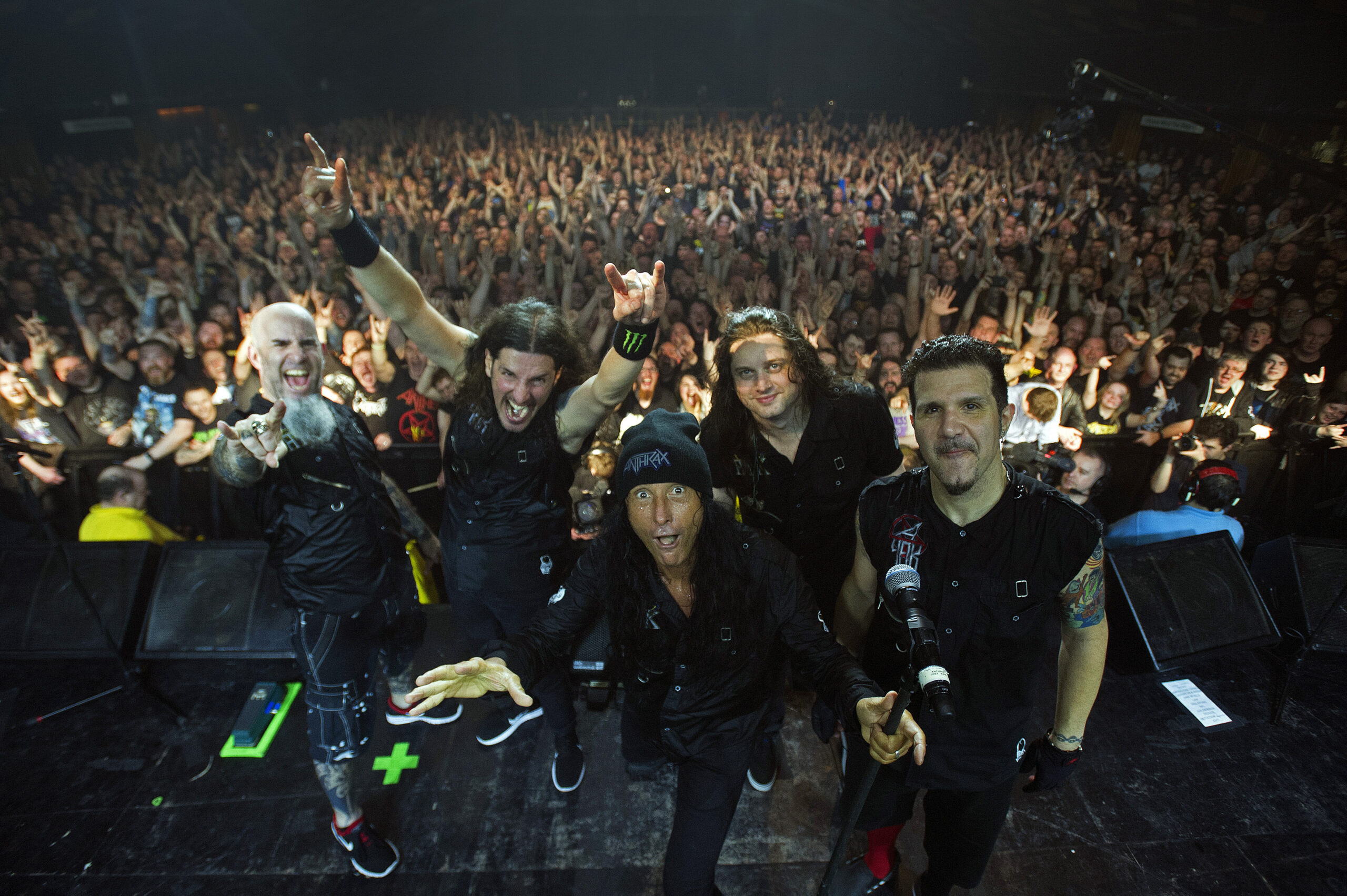 Title XLthe thrash metal giants’ upcoming live album captures last year’s livestream as part of the band’s 40th anniversary, and is set to be released in July this year, via Nuclear Explosion Records.

The live performance was shot on the Los Angeles sound stage/studio The Lair. For over two hours, ANTHRAX performed an extensive series of hits and deep cuts from their vast catalog. The live album will feature the performance, as well as never-before-seen rehearsal footage, and Scott IanThe New York “Walking Tour” showcases the places that played a role in the band’s formation and history.

“Forty is not like 40” says the drummer Charly Benante. “Sometimes I have to remember how long this strange journey lasted. I love playing those songs, they’re such a part of my life, and I know for a lot of our fans, they’re a big part of theirs too.

From the night of the livestream, the bassist Frank Bello remember, “For me, each song was like reading an album of my life and the band’s career. Specifically, Crazy’s houseone of my first recordings with the band, then where we are now with ‘Blood Eagle Wings. What a great race it was, I’m very grateful.

“Even though we were playing in a studio with just the crew there, we played this set like we were in front of 50,000 screaming fans,” says the singer Joey Belladonna. “I felt like we made a complete connection with everyone watching from their homes or anywhere, and they connected with us. It was quite an intense experience.”

Along with the announcement of the new live album, the band released a new live music video for a song taken from the upcoming live album; replica.

You can also see the track list and artwork for the upcoming live album below:

Currently, ANTHRAX are about six months into their 41st year, and the group – Belladonna, Ian, bello, Benanteand guitarist Jon Donais — don’t quite have their 40th birthday in the rearview mirror. Ian Scott said, “We had planned to do a big 40th anniversary world tour last year, but because of COVID we couldn’t. So this year we’re celebrating our 40th anniversary, our 41st. We’re starting in America in July, we go out with THE BLACK BRAND SOCIETY and RACE HATE, then we’ll headline a UK and European tour this fall. We’re all really looking forward to getting on the road, playing shows and deep cuts to celebrate our 40th with our fans.

XL is set to be released on July 15 via Nuclear Blast Records. Pre-orders are available now and can be purchased here.