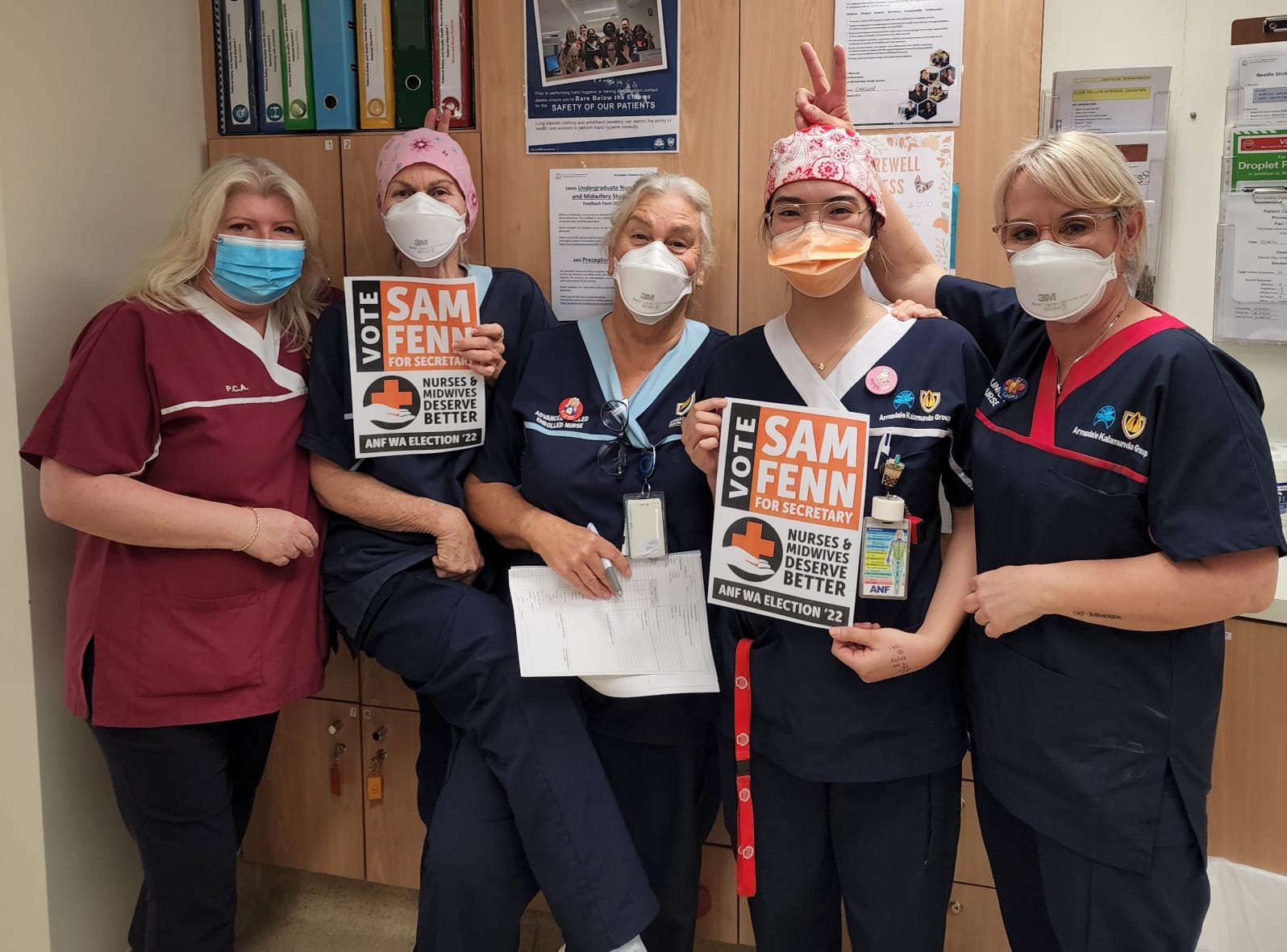 A grassroots ticket contests leadership and advisory positions in the Western Australian branch of the Australian Nurses Federation (ANF) at the end of October.

Previous ANF elections have been notoriously muted affairs. Despite the available resources of a union magazine, mailing list and website, members have in the past not been informed that an election was even taking place, let alone information shared about positions. and the candidates. Information about existing councilors and executive members is also completely absent.

Since at least 2014, all state councilors and most members of the executive have been “elected unopposed” after being the only nominations made to the Western Australia Electoral Commission.

When Mark Olson, WA ANF secretary for 24 years, announced his retirement earlier this year, state councilor Janet Reah was parachuted into the newly constructed assistant secretary position. Reah was “elected unopposed” as a councilor from 2014 to 2016 and since then has not held elected office in the union.

Even more recently, the board created another new position – that of general manager – and appointed Olson to that position for two years. He promoted himself horizontally, again without the members having a say.

Spurred on by the union’s lack of democracy and transparency, a core group of ANF members decided to run for all available board and executive positions.

At the head of the ticket is Samantha Fenn, a theater nurse at Sir Charles Gairdner Hospital, who introduces herself as secretary. The post includes nurses and midwives, including myself, working in a range of clinical areas.

Fenn contested for secretary two years ago and won an impressive 25% of the vote after just a 3-week campaign with minimal resources.

The post focuses on member participation and accountability, as well as establishing working structures that will allow members to have a say in the direction of the union.

I was elected as the ANF Workplace Representative in 2018, and only later found out I was the only one for the entire South Metro Health Department. There was no training planned for the role; the message was “good luck”.

Despite this, there have been some successes in staffing and workplace safety.

The public healthcare system has been at breaking point for years, long before the pandemic. Large public gatherings at Perth Children’s Hospital and King Edward Memorial Hospital last year show that members want to be active.

The tragic death of Aishwarya Aswath in the PCH emergency department in April last year, the chronic staff shortages, the growing ambulance crisis and the insulting below inflation wage offer for public sector workers are proof of the urgent need for far-reaching change.

NSW nurses and midwives strike inspires us in WA. We must join with other public sector unions for better wages and conditions and only a democratically elected and representative union leadership can do that.

[Chris Jenkins is running as part of the Samantha Fenn team for a councillor position in the WA Australian Nursing Federation election in October. If you can help out or want to learn more email [email protected]]

The Fizz – All Under the Sun – Retro Pop