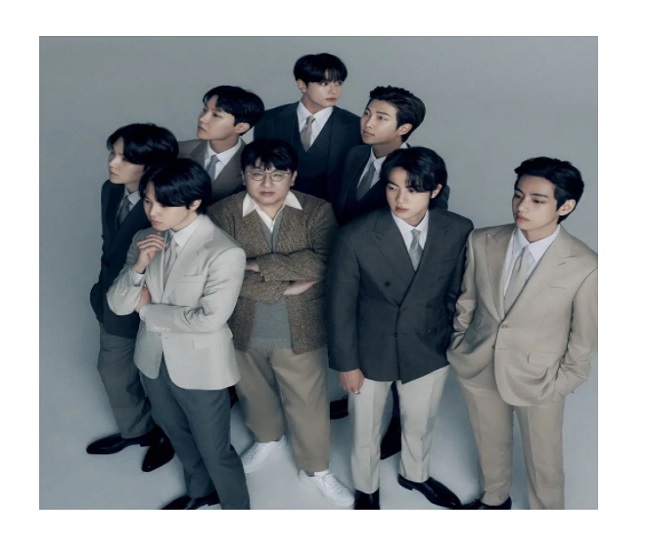 New Delhi | Jagran entertainment desk: The Bangtan Boys fever is stronger than ever! BTS boys RM, Jin, Jimin, V, Jungkook, J-Hope, and Suga have just graced TIME magazine with another cover photo. Including this latest edition of TIME, BTS has appeared on the cover of popular magazines for the third time. The famous OT7 looked dashing in all formal avatars. The seven-piece band when it comes to fashion sense is above all else. Rocking a cover photo or any photoshoot is a BTS game.

The BTS boys always manage to sway everyone with their eccentric clothing choices and this TIME cover photoshoot was no different. The famous K-pop septet has often graced many other photo shoots in style. Celine, Dior, Givenchy, Gucci, Alexander McQueen and Ralph Lauren have all outfitted RM, Jin, SUGA, j-hope, Jimin, V and JungKook. You name it and BTS members have worn this outfit.

BTS keeps their fans super inspired with their fashion sense and stunning music. The popular group has done several photoshoots and red carpet looks so far, here’s a look at some of this Korean pop group’s best dressed moments.

BTS will perform at the 2022 Grammy Awards on April 3 in Las Vegas. The boys have already left for Los Angeles and while flying out they sported some super cool airport fashion and gave some airport look goals. The Bangtan Boys followed by a Grammy performance will resume their Permission to Dance Tour in Las Vegas from April 8-16.

Rema on his debut album Raves & Roses, SARS and why he still wants to go to college