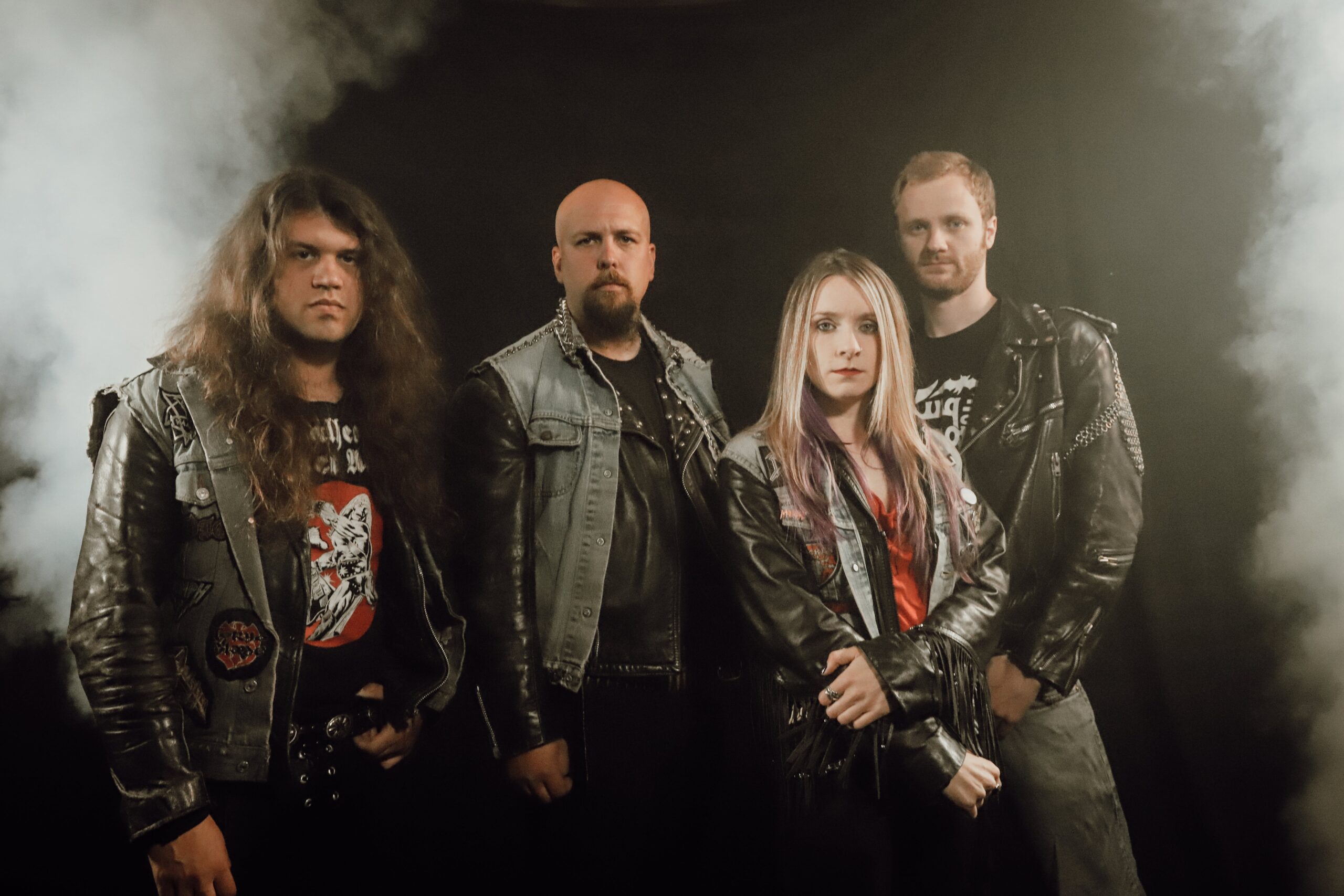 Vancouver, Canada IRON KINGDOM sliced ​​and shredded NWOTHM anthems for metal fans for over a decade since their inception in 2011. The band will release their fifth studio album “The Blood of Creation” this fall on November 4th and they are excited to share the cover art and track listing listed below, along with the disc teaser on https://youtu.be/V-9Cr-ABE3I​

“This album is quite dark thematically, the lyrics are about war, fear, sacrifice and pain, and the music, while very classic and exploratory, also has some very wicked moments. We were in a dark place because of the pandemic and the music reflects some of those emotions. adds guitarist/vocalist Chris Osterman.

“The Blood of Creation” follows iron kingdomis the highly rated 2019 album”On the hunt”which took the band to new heights with tours across Canada, the United States and Europe, while topping the Canadian Loud Radio Charts at #5 (Scope) and garnering reviews such as “Holy shit! Have you heard On the Hunt from Iron Kingdom? If not, you’re missing out on one of the coolest albums of 2019. 10/10″ (Keeper Magazine), “Classic sound, modern feel” Powerplay Magazine (UK), “a glorious gallop of the foot on the monitor, traditional heavy metal that will make NWOBHM fans salivate. 9/10″ (Metal Gods TV) and “40 minutes of enjoyable, no-frills classic metal.” (Angry guy).

“The Blood of Creation” continues the reign of classic heavy metal that iron kingdom has been introduced over the years to music lovers of the style while keeping the flame burning for a new generation.

“We wanted to create music in a style of metal that seemed to have been forgotten when we were kids. Since nobody else seemed to, we decided to play metal like we did in the 70s and 80s. That was the reason Iron Kingdom was formed. Basically, we wanted to give people an exciting show like a first Iron Maiden, Scorpions or Saxon show from the 1980s.” Osterman recalls of the band’s early days.

iron kingdom has come a long way since its debut in 2011 “The Curse of the Voodoo Queen” and their next offering is a mighty force full of classic heavy metal thunder and will take fans to unique fantasy worlds, but also show a dark side of storytelling.

“I think we started out as a bit more hard rock band on the first album, dipping into progressive metal for Gates Of Eternity and Ride For Glory, then for On The Hunt, I would say we moved into metal entirely classical, leading in this new record being a pretty solid mix of all of those styles combined and we’ve also come out of the pandemic, which has brought darker emotions that some people may have never felt before and that I think that this album can parallel. Ultimately, we want people to have the chance to escape from this world for a while and find solace in music. adds Osterman.

The new album also sees new drummer Max Friesen (ex-Ophelia Falling) make his recording debut with the band to add another angle to their songwriting for this release. The album was self-produced by iron kingdom with mix made by Andy Bold and mastered by Greg Rely (Overkill, Fear Factory, 3 inches of blood).