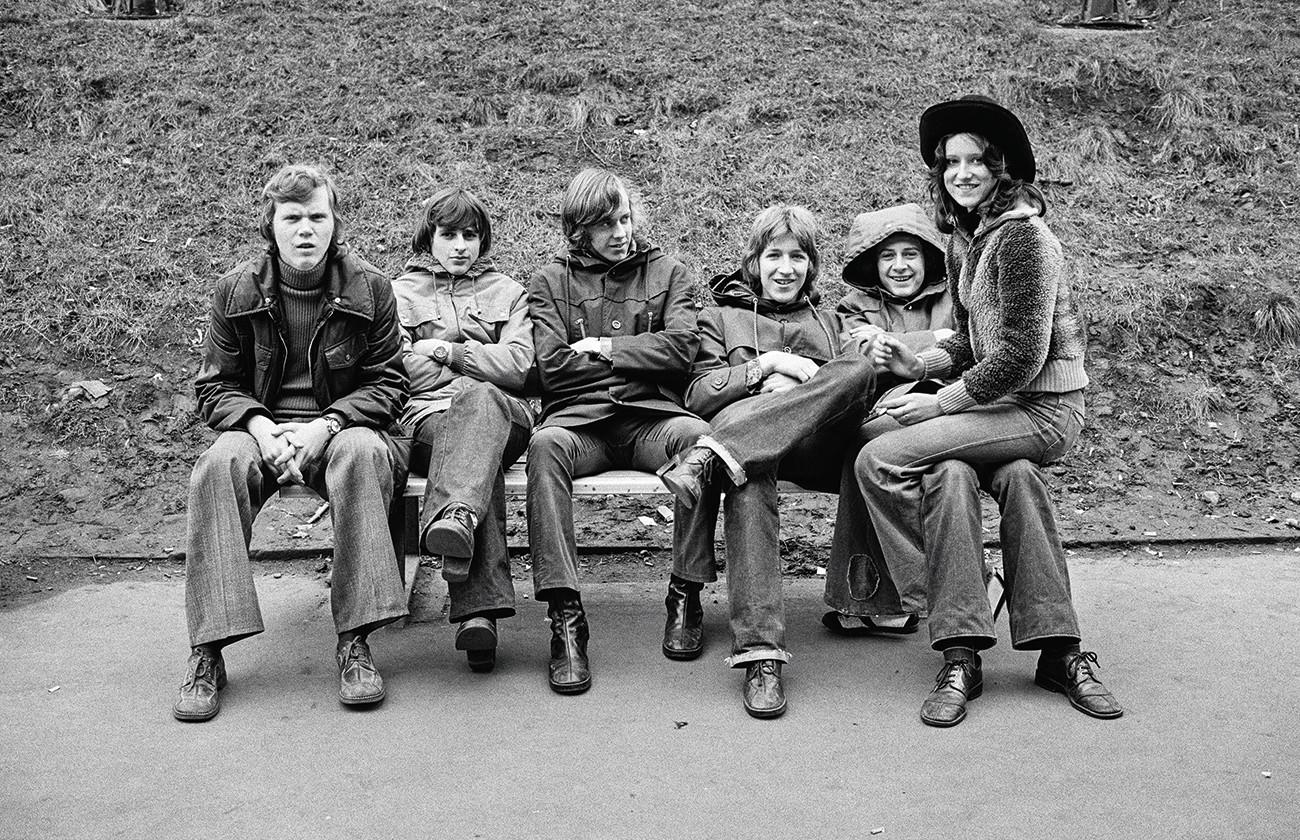 In the 1970s and 1980s, photojournalist Arthur Grace traveled extensively behind the Iron Curtain, working mostly for newsmagazines. As one of the small group of Western photographers with permanent access to the region, he was able to take the time to delve into the most mundane corners of people’s daily lives while covering important events that transpired during their assignment. .

Communisme(s): A Cold War Scrapbook published by Damiani presents more than one hundred and twenty black and white photographs – almost all previously unseen. Filmed in the USSR, Poland, Romania, Yugoslavia and the German Democratic Republic, Grace’s footage reveals an ongoing cat-and-mouse struggle between state-sponsored forces that seek obedience by regimenting the mind. and body, and their everyday citizens seeking to connect to universal humanity in small moments.

His book includes portraits of factory workers, farmers, churchgoers, vacationers and wandering teenagers juxtaposed with the towering social-realist designed apartment buildings of the GDR, the annual May Day propaganda parades , to the Polish solidarity movement and subsequent imposition of martial law, and to the vastness of Moscow’s Red Square contrasted with ubiquitous public propaganda, communal mineral water dispensers and endless lines of citizens hoping to have the opportunity to buy a piece of meat.

“Arthur Grace reminds us all of the reality of life in the Soviet bloc: haunting, human and heroic. This book offers an urgent and lucid view of the autocratic past, and perhaps the future.” Massimo Calabresiformer TIME Eastern Europe Bureau Chief, currently Washington BC.

The introduction is written by the former Time Warsaw magazine bureau chief Richard Hornik, edited and designed by Clint Woodside of Deadbeat Club, and co-edited by Lee Kaplan of Arcana: Books on the Arts.

“’The past is a foreign country; they do things differently there. This famous quote from The middleman by LP Hartley fits perfectly with Arthur Grace’s work entitled Communisme(s): A Cold War Scrapbook… His black and white images document the life of a world that no longer exists. Before the collapse of Communism, the Soviet-dominated part of Europe was, in many ways, like an alien planet for the citizens of the free and democratic world, but today it is like a distant foreign country. also for generations born after 1989 in states formerly belonging to the Soviet bloc. The album provides a bunch of impressions of Grace when he had the opportunity to take pictures in communist countries. Of course, we see them with our eyes. Be that as it may, this subjectivity does not change the fact that his album is another source of knowledge about the strange and hostile kingdom which extends its territory, during the Cold War, from the Elbe in Germany to Moscow and beyond. of the. Interesting, inspiring and remarkable.” Professor Jaroslaw SuchoplesDepartment of Music, Arts and Culture Studies, University of Jyväskylä, Finland

Arthur Grace covered stories around the world for both Time and Newsweek magazines. His photographs have appeared in major publications around the world, including on the covers of Life, Time, Newsweek, The New York Times Magazine, Paris Match and Back. Grace has published five acclaimed photography books; his work has been exhibited in galleries and museums across the United States and abroad; his photographs are in the permanent collections of many museums, including the J. Paul Getty Museum, the Smithsonian’s National Portrait Gallery, among others.