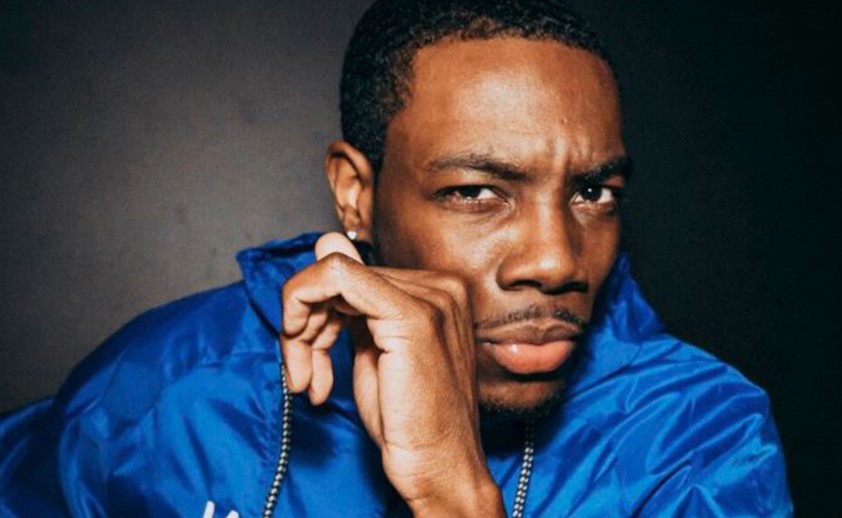 The Midwest was represented by a collective of artists from different cities such as Detroit, Cleveland and Chicago. Meanwhile, St. Louis hometown hero Dre’Co continues to raise the bar for the region as he bills himself as one of the region’s most promising acts. For more on his upbringing, goals, and plans for the future, be sure to read his full Q + A with Variance’s Ethan Ijumba below.

Coming from St. Louis, there is a new wave of artists from this region such as Smino, Dee Huncho and 30 Deep Grimeyy. How would you describe being a part of the new era of these new aspiring Midwestern artists?

Yeah yell at them man. It’s refreshing and super crazy because it shows that our city’s musical footprint has been and will continue to be diverse! We all sound different and that’s what makes me so important to be mentioned with these dope artists. My music helps to shed more light on our city because it’s something different that has an impact and can positively influence the masses!

If your hometown of Saint-Louis supports you as an artist, athlete and just a member of your community, how would you describe the city and what it means to you?

Dude, my city is everything. I am proud of my city. One thing about me every time I travel, I love to let people know that I am from St. Louis. The city is in a real phase of drug development where new shops and places of entertainment are opening up. Lately there has been a resurgence of music festivals bringing more attention to local talent in my city. Just be aware that I always keep the STL hat on deck and packed when traveling. This edge is like a badge of honor in a way.

Are there any artists who inspire you musically, your sound and your personality from an artist perspective? Songs, albums, artists, etc. specifically ?

Yeah there is. I would definitely say Jay Z, HER, Andre 3000, J. Cole, Jazmin Sullivan and Drake to name a few, but there are others. Dude, when it comes to songs, I’m a huge fan of instrumentation, transitions and things I like to call “ear candy, you know, some sounds that make a record even better if it doesn’t. is not the most important of the song “. Lately I’ve been inspired by HER’s song ‘We Made It’ from the album Back Of My Mind (that live instrumentation is fire!), Big Sean’s song Chaos and 9 5 sout h by J. Cole . When it comes to albums, I always keep the artists I mentioned before on rotation and lately it’s Jay-Z. american gangster, J. Cole’s 2014 Forest Hills Route, HER’s Back Of My Mind and Nelly’s ‘Heartland’ (he always pushes human boundaries and represents the cradle and I appreciate Mo for that).

With Jay Z, Drake, Nelly among some of the artists that you influenced in your career. When it comes to dream collaborations, are there any specific artists that you would one day want to work with?

Man, I think about it all the time. It would be really cool to collaborate with HER, Jay Z, Nelly Brandy, Mary J. Blige and Andre 3000 to name a few.

Your recent album, Therapy sessions, and the single “Wit Me” were both released last summer. Do you have any upcoming music projects?

Oh yeah fasho fasho. Me and my producer — thanks Martie Beatz — are always working on new music, but right now I’m really focused on promoting therapy sessions because I want to schedule shows at the start of the year (I have a show in February 11th so we get there)! I want to make sure the people who rocked with me for a minute and the people who just got on my music are ready to come with me when it’s time to hit the stage!

On your album, you incorporate motivational themes through your music. Is there something specific in your personal life that inspires you when composing?

Yeah most definitely! Every time I write and record my muse comes from my family and the urge to create generational wealth for my daughter (and my future children if I’m lucky enough to have more). I have become more vulnerable when I write so that my struggles can be heard and felt. We all have things that we go through in life and it feels good when people tell me they relate to something that I have been through and even more so when they say it helped them get over something in their life too.

Your last video “Way Up” feat. Asia Major recently presented BET Jams, what was the inspiration and mood you had for the video?

Inspiration came from knowing that whatever obstacles you face you will overcome and overcome them, even when the situation seems out of reach or impossible to some people. I was inspired by some experiences that I had in the pursuit of my musical career and I was also inspired by the life experiences of friends where they had to risk certain things to achieve their personal goals. Well done to my director Andrew Stephen who helped bring this mindset to life. The mindset was to show this in a way that was out of the ordinary, a boxing match where one fighter is a woman and the other is a man. Some people may have a preconceived idea of ​​the outcome, but it was a way for me to bring home that point I mentioned earlier. You can overcome anything even if it seems beyond the reach of others.

That being said, what was the process when creating the disc?

Dude, we were in an area! Like most of my records, the process always comes organically. It usually starts with conversations between me, my producer Martie Beatz, and engineer Wes. We’re just talking, you know? Talk about the things we have experienced but also what we want to achieve. While we were talking, Martie started cooking from scratch, you know, just playing with different instruments and sounds. Nothing was already done. From there I start humming the flow. Once I catch the cadence, the words come. It always helps because I can always find myself and my pocket in a record when listening to it as it is made. Some people think it’s different but I’ve heard other artists shut themselves up like that too. But from there I recorded and then went home and sat with it for a while (like a few weeks lol) because something was missing. When we got back to the studio, I remember we were like “We need a singer here!” The first person I knew who could do this was Asia Major. This is the mate so I called her and she came over and did exactly the right thing on it! Once it was recorded we rearranged some things with the hook and it took a while after that! And I’m happy that it is well received and that it lets more people discover my music!

As for what’s next for you, do you have any specific projects or upcoming news that you can share for current and new listeners to your music?

Yeah fasho fasho, right now me and my team are deciding which song will be the next musical visual (we’ve narrowed it down to two … Letter 2 Fam from my album Therapy Sessions or my record Wit Me). My fam Topp has some great ideas for the Wit Me record and if this one is next, he’ll be collaborating with Andrew (the guy who made Way Up). Closer to the end of March 2022, the goal is to have my concert in one of the new music halls in Saint-Louis. Dude, big things are planned for that so stay tuned!

Is there a particular impact that you hope to someday have as an artist or as an individual when all is said and done?

Sheeesh, that’s a good question. As an artist, I want my music to change my life for the better. When you listen to my music I want it to be felt and not just heard, to a point where once you realize your passion you are motivated to perform it and LIVE in your passion. And man as an individual, I like to say “my passion can be someone else’s blessing”. And that goes for anyone. Once you realize your passion, in my mind it is imperative that you realize it because you never know which life you will change for the better. I want my impact to be generational, not just seasonal, you know?