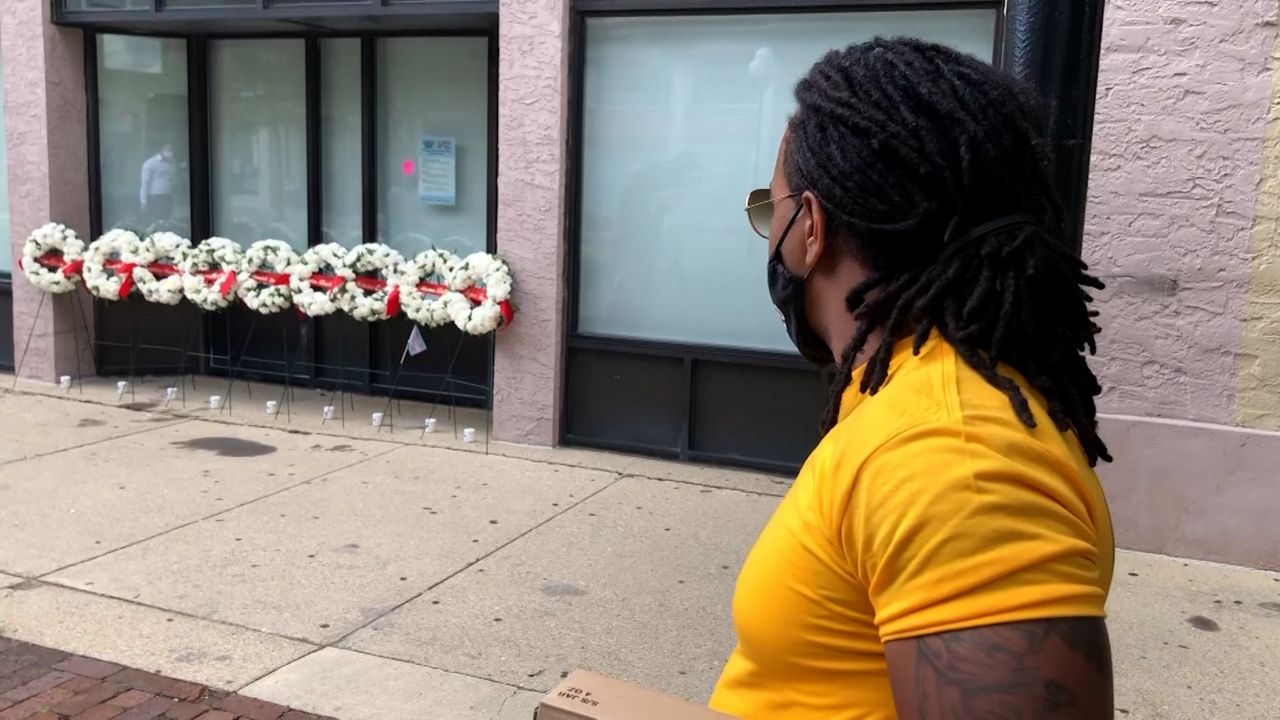 DAYTON, Ohio – Just days before the second anniversary of the Oregon District mass shooting in Dayton, a new trial calls for accounts and damages for the victims and their families.

The 2019 Oregon District mass shooting claimed the lives of nine people, sending shock waves through the state and country.

“People see it one day, and it pops out of their heads the next day. It doesn’t happen with us, ”said claimant Dion Green. “It’s our life. We no longer see our families.

The families are represented by Columbus-based law firm Cooper Elliott – which claims this is a first-of-its-kind lawsuit – alleging negligence against the Korean firm’s Las Vegas branch.

“Two years ago, it took just 30 seconds for a man to kill nine people and injure 17 others,” said Ben Cooper, partner at the law firm Cooper Elliot. “And that’s because he had a 100-round magazine.”

While the lawsuit is primarily aimed at financial damages for the families of the victims, the group hopes it can spark some momentum for legislation to ban the sale of magazines with a capacity of 100 cartridges.

“With this lawsuit, families are holding them to account,” Cooper said. “And they want companies to stop selling these dangerous products in dangerous ways. ”

“We believe this lawsuit is the first to focus solely on the dangers of indiscriminately manufacturing and selling a high-capacity magazine,” wrote Brady’s chief advisor and vice president of legal services Jonathan Lowy. in a press release. “These are instruments of terror that have been used time and time again to transform everywhere from malls to churches, to elementary schools, to war zones. Two years ago in Dayton, OH, a magazine of 100 ammunition enabled a gunman to turn a popular entertainment district into a battle scene that killed nine people and injured 17. We are bringing this lawsuit on behalf of the victims and survivors in the hope of averting another tragedy like Dayton. We are eager to prove our case in court. “

Plaintiff LaSandra James is the mother of Lois Oglesby, a 27-year-old mother who was killed in the shooting in Oregon. She said her grandchildren deserve answers.

“Just two or three days ago my granddaughter was talking about it being that time of year again, the anniversary of her mother’s death,” James said. “She asks questions. She is counting the roses, wondering how is it possible that one person could kill nine people so quickly? She needs answers, we need answers. Something has to be done. “

Spectrum News 1 legal analyst Rory Riley-Topping said this case could feel the impact of another lawsuit related to the Sandy Hook shooting. In this case, a regulation has been proposed.

“They could proceed on the grounds that the way these magazines and guns were marketed was negligent,” Riley-Topping explained. “And that they knew that marking truly military style guns could result in shootings and mass casualties.”

Riley-Topping has stated that KCI USA will use the Law on the Protection of Legal Trade in Arms as its main defense.

“Which basically says if you have proceeds used in a crime, you are not directly responsible for it,” Riley-Topping said. “And while that’s true, we’ve seen with things like the marketing angle, it’s not blanket immunity from liability, there are other ways around that.”

Spectrum News 1 has contacted KCI USA for comment, but has not received a response.