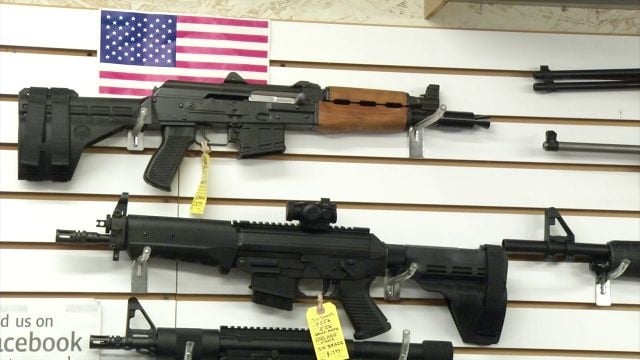 Gun rights groups and sports clubs in Delaware have filed a lawsuit against the Carney administration arguing that a new law violates the constitution.

Legislation recently signed into law by Governor Carney that bans assault-type weapons in the state of Delaware is now being legally challenged, as gun rights groups filed a lawsuit on Wednesday in an attempt to put an end to the new measure which they say violates their constitutional right to bear arms.

The new law, House Bill 450, dubbed the Delaware Lethal Firearms Safety Act of 2022, prohibits a long list of rifles, shotguns and pistols. The law prohibits the manufacture, sale, offer for sale, transfer, purchase, receipt, possession, or transportation of certain assault weapons in Delaware, subject to certain exceptions. One exception is that the law does not prohibit the possession and transportation of firearms that were legally owned or purchased before the bill became law.

Under the new law, he directs the Department of Safety and Homeland Security to develop a procedure for issuing a Voluntary Certificate of Possession to show legal possession of weapons that were legally owned before the bill was enacted. law. A move that outraged gun rights lobbyists across the first state, including the Delaware State Sportsmen’s Association (DSSA), one of several groups that filed the joint complaint.

“There are more than 20 million such firearms in circulation, there are several billion cartridges, and if law-abiding citizens were a problem, you would know it,” explained the DSSA president. , Jeff Hague. “There are several different issues that we think this law violates as part of a person’s rights and that’s why we’ve taken legal action to try to right that wrong.”

“We hope that the judge will decide based on the evidence we present that the bill is unconstitutional and therefore unenforceable, and that he will essentially dismiss it like what happened in New York State,” said Hague said emphatically. “We believe that, first of all, this violates Delaware’s rights to keep and bear arms under our bill of rights which is article 1, section 20 of the constitution, as well as the 2nd amendment of the federal constitution.

Groups such as DSSA, which have long opposed gun reform legislation like House Bill 450, continue to argue that the problem of gun violence plaguing the country will only be not solved by laws prohibiting the possession of firearms.

“If you want to solve the problem of violent crime, there are ways to do it without interfering with the rights of law-abiding citizens who enjoy their constitutional rights,” Hague said. “Guns are not the only weapons, it means violent crimes are committed, you can have cars, you can have golf clubs, hammers, fists, knives, all kinds of things, you have to look at the person wielding the gun, that’s not the point.”

House Bill 450 passed along with several other bills on the last day of the Delaware General Assembly session. The bill was part of a legislative package on gun reform and safety that won praise from Democratic lawmakers and state officials, such as Governor John Carney, who was quick to to sign the bill after it is passed.

“We have an obligation to do everything we can to prevent tragedies like the ones we’ve seen in the county from happening here in Delaware. We’re not waiting to do what’s right – to take actions that will make our state safer,” Governor Carney said as he signed the bills into law. “This landmark gun safety legislation would not have been possible without the dedication of advocates who demanded action across our state. I want to thank the members of the General Assembly for working to get these bills passed before the end of the session.

The bills were welcomed and strongly advocated by gun reform groups such as Moms Demand Action, who were present for their signing and hailed the passage of the legislation.

“One thing is clear: Delaware became safer today with the signing of these bills,” said Mara Gorman, a volunteer with the Delaware chapter of Moms Demand Action. “Our Delaware leaders are heeding the call to action on our gun violence crisis. This public safety package will keep guns out of the hands of people who shouldn’t have them, ban devices that make guns more deadly and hold accountable an industry that has helped sustain this gun violence crisis.We thank Governor Carney for taking action and signing these bills into law.

The same groups that filed this lawsuit also pledged to legally challenge other bills recently enacted as part of the gun safety package, including measures banning certain magazine capacities and prohibiting adults under 21 year old from buying guns in Delaware. .

47 ABC News contacted the governor’s office, which declined to comment on the ongoing litigation.

The case will be heard in US District Court for the District of Delaware. An official court date has yet to be announced.