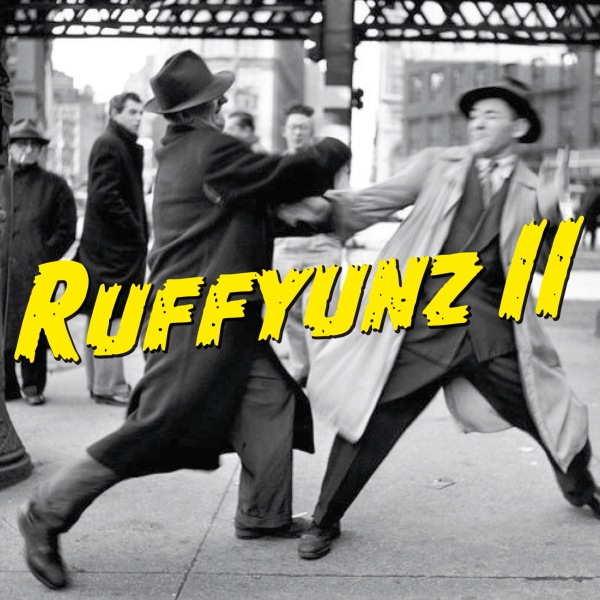 The concept of the band is to use “known” drummers, guitarists and keyboardists as guests on their records. Once the guest guitarist does his thing, Jesse trades solos with them…and he really throws down the gauntlet, because he SHREDS!!

Randy says, “Hey guys, here’s a first look at a video for a song from our upcoming album ‘RUFFYUNZ II,’ featuring my longtime rhythm section partner, Bobby Rondinelli on drums. We have a groovy guest list Don Airey (Rainbow, Ozzy and Deep Purple for decades) smoking Hammond B-3, Dave Maniketti on BADASS guitar, Tracy G. (Dio & WW III) on BRUTAL guitar, Joel Hoekstra of Whitesnake. ..AND featured in our video, Pat Thrall of the band CLASSIC Pat Travers, Hughes Thrall, Asia…and if you’re old enough AND cool enough to know the band AUTOMATIC MAN…it’s Pat! Check out “Hype in My Head” and watch for the imminent release of our new album, RUFFYUNZ II on Hyperspace Records.

“RUFFYUNZ II” will be available to listen to for FREE on hyperspacerecords.com

Here’s what the press said about RUFFYUNZ’s debut album:

“This nine track album is a great mix of rock and funk, with powerful vocals and heavy guitar riffs…This amazing album was well performed, recorded, produced and written and I highly recommend this album for your rock library.” – Oasis Entertainment

“Featuring guest artists including guitar legend Pat Travers and The Plasmatics drummer TC Tolliver, the songs from their self-titled debut album are a blend of many styles of guitar-heavy music.” – Exclusive review

“Stripper rock for girls who still swing on the pole even when their sciatica is acting up made by cats who were there when they pretended to want to hit you like an animal.” – Midwestern record

“The overall feel of the 9 songs on this debut album is funky hard rock, with the groove-laden tunes proving to be a launching pad for Terry’s powerful vocals and plenty of searing solos from Berlin and Travers in particular. Pretty heavy here on this debut album from Ruffyunz, a crisp blues/funk/hard rock project that gets off to a good start with inspired performances and memorable material.

“With the 3rd song, “PRESSURE”, the whole armada launched a Wirth VOLCANIC FIREPOWER attack. The assault is given by a horde of brass, playing in unison, fiery and hyper hard guitar riffs, a vocal pushed to the EXTREME, but held by the FIRE OF GOD and always funky intermediates. This title is without a doubt to be placed in the BEST SONGS IN THE HISTORY OF ROCK! WHAT a slap! 10 / 10. MAREK DEVEAUX – profilprog.com

“To simplify the analysis, we will summarize Ruffyunz’s musical style in the first two words of the title of the seventh song on his set: ‘Funky’ and ‘Heavy’ and we will add, for good measure, the term ‘Classic Rock’. . ! Black Sabbath or not, it doesn’t matter, Ruffyunz is a real pleasure to listen to and therefore highly recommendable in these difficult times!” – Music In Belgium


EIN Presswire’s priority is source transparency. We don’t allow opaque clients and our editors try to be careful not to weed out false and misleading content. As a user, if you see something we missed, please bring it to our attention. Your help is welcome. EIN Presswire, Everyone’s Internet News Presswire™, attempts to define some of the boundaries that are reasonable in today’s world. Please see our editorial guidelines for more information.