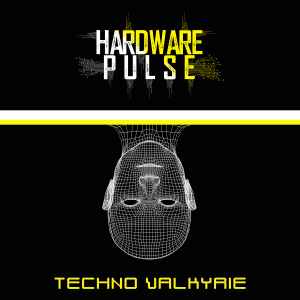 Contents: All songs are instrumental editions. The songs are driven by danceable beats while bringing together different but related musical genres. There is a touch of Body-Pop music, which has been mixed with pure old-school electro with some Electroclash influences and other passages revealing a Technoid approach.

+ + +: This artist’s creativity seems to have no limits, but Toxic Razor is not only a prolific artist, but also a true talent. This new project reveals different aspects although the overall approach and some of his arrangements are easily recognizable with his work for Metal Disco and Paradox Obscur. I like the solid sound processing, which particularly excels at “Mainframe Isolator”.

– – –: I regret that there are no vocals or spoken samples, which could inject a little more here and there. Like all his projects, the songs are still quite short and it’s sometimes a shame when you just listen to a great song.

Conclusion: “Techno Valkyrie” is a promising start for Hardware Pulse, which I can only encourage to continue on this path.

Since you are here…
…we have a small favor to ask of you. More people are reading Side-Line Magazine than ever, but media advertising revenue is falling rapidly. And unlike many news agencies, we don’t have a paywall in place – we want to keep our journalism as open as possible. So you understand why we need your help. Side-Line’s freelance journalism takes a lot of time, money, and hard work to produce. But we do it because we want to push the artists we love who are also fighting to survive. If everyone who reads our stories, who likes them, helps fund them, our future would be much safer. For as little as US$5, you can support Side-Line Magazine – and it only takes a minute. Thank you.
Donations are securely funded through Paypal.