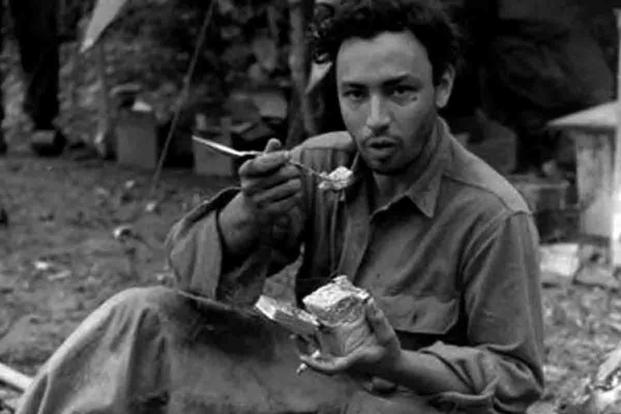 Some call it spoiled ham; others say “stuff, pork and ham”. A personal favorite is “Scientifically Treated Animal Matter”. Call it what you will, spam has remained virtually unchanged since its introduction to deli counters in 1937, and only exploded in popularity over the next 85 years.

Spam sells for a reason.

Housewives may have been put off by the idea of ​​unrefrigerated meat, but the need for shelf-stable foods during World War II led to worldwide adoption of the nitrate-rich pork product. Some American troops, however, were less than thrilled with their “Special Army Meat” rations and wrote letters to Jay Hormel letting him know.

Jay Hormel was the son of company founder George Hormel and a veteran of the First World War. After the war, Jay learned the process of canning whole hams and sell them directly to the consumer from German meat packers. He brought the knowledge back to the United States, and in 1927 he launched the first canned ham product in America.

The Germans may have unveiled the secret recipe for winning World War II on the spot.

When senior Hormel retired and young Jay took over the business in 1929, Hormel began making canned goods like soups and stews. Eight years after succeeding his father, Hormel introduced a canned meat puree called “spiced ham”, although it did not contain spices or ham.

When the United States entered World War II in 1941, canned meats became a staple of the Allied diet. It wasn’t just spam. Cans of all kinds and brands have been sent overseas, but the United States (for better or worse) has included spam in all of its aid programs, send 150 million pounds of “Something Posing As Meat” in England, the Soviet Union, Hawaii, Guam, Okinawa and beyond.

American troops have always been very vocal about their food. It’s one of the few unofficial rights granted by God to GIs – and one they frequently exercise. After all, three full meals a day is the one thing we all have in common, and some staples still live in infamy. Spam is one of those staples.

Spam was so easy to make, package, and ship that many servicemen ended up eating three meals of it a day. No matter how good something is, it gets old after a while, and the backlash against what the troops called “untrained meatloaf” started right away.

In an interview with the New Yorker in 1945, Jay Hormel describes the unexpected reaction of American soldiers, sailors, airmen and marines. He told the magazine that he kept a “slanderous file” of abusive letters sent to him by troops fighting the war, and that he was tired of being identified as the man responsible for the spam.

“The language that people use!” he said, adding that he had been compared to Hitler and Hirohito. “It’s good… damn, we eat it at home!”

Hormel said he’s heard all the product gags worth hearing, along with thousands that aren’t worth repeating, with “the air of a man who knows that ‘He’s sure to hear many thousands more’. But not everyone hated the “ham that failed his physique.”

Spam remained a mainstay of post-war menus in Allied countries, even in the Soviet Union, where it was nicknamed “Roosevelt Sausage”. Nikita Khrushchev, a WWII Red Army officer and later leader of the USSR, wrote in his autobiography, “Without Spam, we could not have fed our army.

Margaret Thatcher, who was 20 when World War II ended, remembered it fondly. After becoming Prime Minister of the United Kingdom, she called spam a “delight” in times of war.

Spam’s enduring culinary legacy is its status as a staple of Asia-Pacific cuisine, especially in places with a large US troop presence, such as Okinawa, the Philippines, and Hawaii. Spam replaced protein in traditional dishes like Okinawan kimbap and Filipino Spamsilog. Even today, Spam Musubi is a go-to quick meal for Hawaiians.

During the Korean War, when American troops returned to the Korean Peninsula to keep the South out of communist hands, spam came with them. American and South Korean soldiers used spam in budae jjigae, literally “Army Stew”, a kind of hobo pepper incorporating all available ingredients. Today, South Korea is the world’s second largest consumer of spam.

Where the spam goes, freedom and democracy seem to follow, but that doesn’t mean American troops loved every minute of it. Perhaps Hormel’s most hurtful letter came from the Supreme Allied Commander himself, Dwight D. Eisenhower, who wrote:

“During World War II, of course, I ate my share of spam along with millions of other soldiers. former Commander-in-Chief, I believe I can still officially forgive you for your only sin: sending so many to us.”

— Blake Stilwell can be reached at [email protected] It can also be found on Twitter @blakestilwell Where on Facebook.

Whether you’re considering joining the military, researching post-military careers, or keeping up with military life and benefits, Military.com has you covered. Subscribe to Military.com to receive military news, updates and resources straight to your inbox.

© Copyright 2022 Military.com. All rights reserved. This material may not be published, broadcast, rewritten or redistributed.