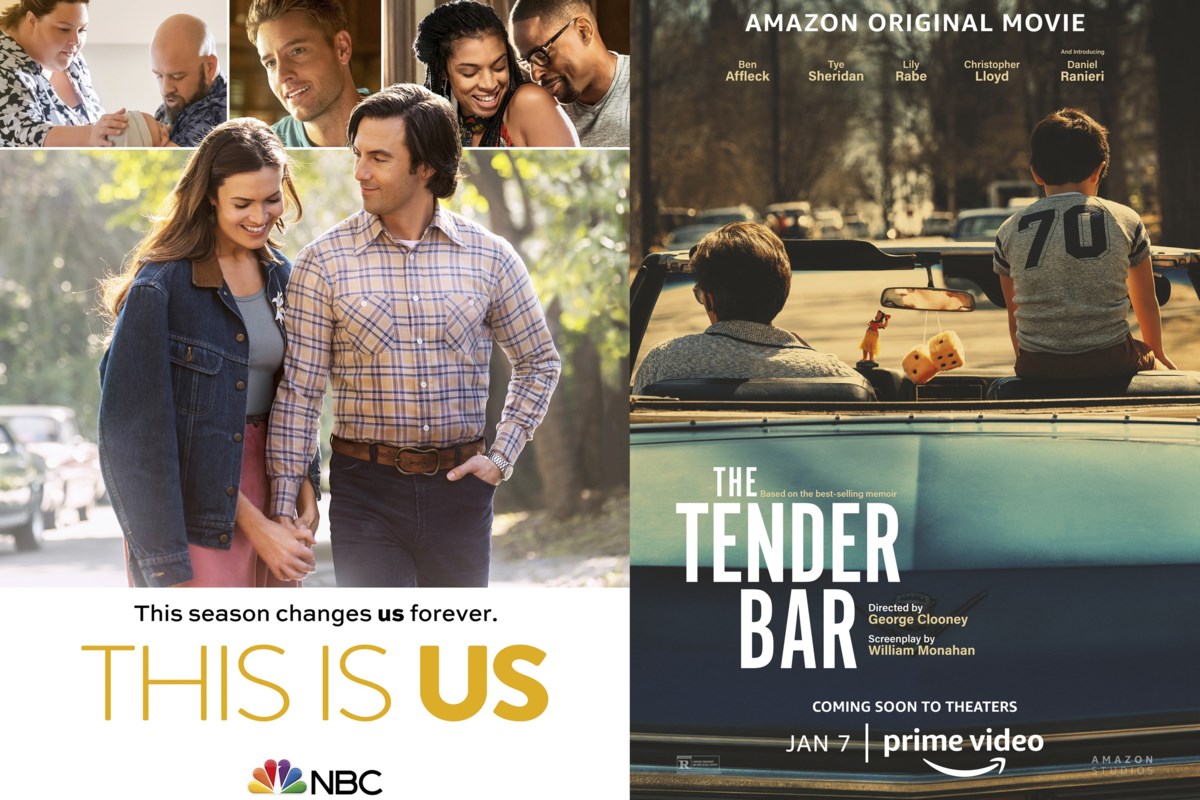 Here’s a collection curated by The Associated Press entertainment reporters on what’s coming to TV, streaming services and music platforms this week.

Here’s a collection curated by The Associated Press entertainment reporters on what’s coming to TV, streaming services and music platforms this week.

–Ben Affleck has another winning spin on “The Tender Bar,” the George Clooney-directed adaptation of JR Moehringer’s memoir about growing up on Long Island which begins airing on Amazon Prime Video on Friday, January 7. Tye Sheridan plays the author, who in his father’s absence, begins to turn to his uncle Charlie (Affleck) to fill that void. In his review for The Associated Press, Mark Kennedy wrote that “‘The Tender Bar’ is a sweet, oddly crafted but affectionate take on men, fueled by a soundtrack of classics like ’50 Ways to Leave Your Lover ‘by Paul Simon and Steely Dan’s ‘Do It Again.’ It’s a Valentine’s Day for guys who are stepping up.

– If you’ve already completed Season 2 of ‘Emily in Paris’ and all your romantic comedy stalwarts on Netflix, why not switch things up a bit with an Italian version of the genre, ‘Four to Dinner,’ coming soon. stream wednesday january 5? Four single friends try out different pairing combinations in this new film with Matteo Martari, Matilde Gioli, Giuseppe Maggio, Ilenia Pastorelli, Luís Filipe Eusébio and Elmano Sancho.

– Or for something completely different, Criterion has a documentary series by Lee Grant (yes, actor Lee Grant) available starting Monday, January 3. In 1986 Oscar winning “Down and Out in America”, she focuses on poverty in the 1980s. In 1985 “What Sex Am I”, she looks at the transgender experience. And in “A Father… A Son… Once Upon a Time in Hollywood”, she focuses on the life of Kirk and Michael Douglas.

– RuPaul is a versatile artist with a thriving series of VH1 reality shows “RuPaul’s Drag Race” and a long musical career that includes the classic song “Supermodel (You Better Work)”. Now, the drag queen titan will take another musical step forward with the performer’s 14th studio album, “Mamaru”, released on Friday. It is led by the single “Blame It On the Edit”, which appears to explore the editing process of the “Drag Race” series.

– The Wombats have pushed the release of their next album “Fix Yourself, Not the World”, but the English rock group will be giving a preview of the album a week earlier in an intimate tour. The group will begin the tour in Kingston Upon Thames, UK on January 6. The group will make seven more stops before concluding the tour in Brighton on January 12 – two days before the release of their fifth album. Catch them later in America in Philadelphia, Washington, DC, New York and Boston.

– The stage is set for the sixth and final season of NBC’s “This Is Us”. Pearson family matriarch Rebecca (Mandy Moore) has dementia; Kevin and Madison’s (Justin Hartley, Caitlin Thompson) wedding is called off; Kate and Toby’s (Chrissy Metz, Chris Sullivan) marriage is toast, and Randall (Sterling K. Brown), Pearson’s most likely successful brother, looks set to fulfill his destiny. There are younger generations to consider, including scene thieves Asante Blackk and Lyric Ross as Malik and Deja. The series returns Tuesday (9 p.m. EST) for the final chapter of 18 episodes.

–A father-daughter relationship is the beating heart of CBS’s ‘Good Sam’, which premieres Wednesday at 10 p.m. EST. A health crisis puts the brilliant but difficult heart surgeon Dr Rob “Griff” Griffith (Jason Isaacs) out of service as a hospital’s chief of surgery. His equally gifted but eclipsed offspring, Dr Sam Griffiths (Sophia Bush) steps in and turns out to be a natural, which his recovered father resents. There are lighter moments between their showdowns on the series from producers Katie Wech and Jennie Snyder Urman, who worked together on “Jane the Virgin”.

– A heartbreaking chapter in the history of civil rights in the United States is at the center of two ABC programs. “Women of the Movement” dramatizes Mamie Till-Mobley’s crusade for justice for the racist murder of her son Emmett in 1955 in Mississippi. The limited series, starring 2021 Tony Award winner Adrienne Warren as Till-Mobley, will air from 8 p.m. to 10 p.m. EST on three consecutive Thursdays starting this week. It is associated with “Let the World See,” an ABC News documentary series that includes a detailed account of Till-Mobley’s efforts to bring her son’s body back to Chicago and hold an open-casket funeral to expose brutality. of his death. The three “Let the World See” episodes follow “Women in Motion” each Thursday at 10:01 PM EST.