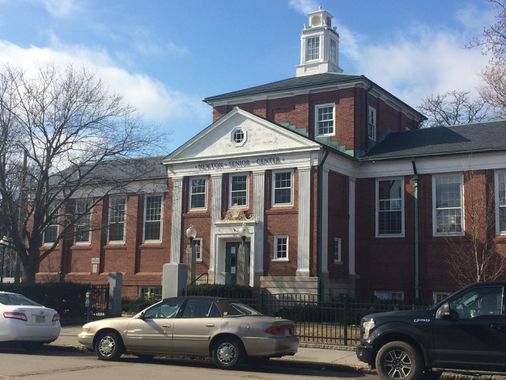 In a 24-page lawsuit filed May 23 by more than a dozen Newton residents, plaintiffs argued the project would destroy a historic building and adjoining public park that had been upgraded with money from the Community Preservation Act funded by taxpayers.

“The city’s planned demolition and conversion of the park … would result in the loss of one of Newton’s most iconic buildings,” the court complaint said.

Fred Arnstein, one of the plaintiffs and president of Neighbors for a Better Newtonvillesaid the city’s current proposal is a reasonable design, but needs to be on a different site.

“If Newton demolishes historic buildings; if it is based on an urban park; we will sacrifice the very things that make Newton special,” Arnstein said in a statement.

On Monday, the city had not filed a response to the complaint in Superior Court.

The proposed facility would cost about $20 million, according to a June 1 memo on construction costs released by the city on Monday. Renovating and expanding the current building would add several million dollars more to the cost of the project, according to the city.

The Senior Center site was chosen following a lengthy review process that included other locations, including Albemarle Field in Newtonville.

Earlier this year, a new facility at the Walnut Street site was valued at $16.65 million. Labor and supply chain shortages have driven up construction costs, according to the city memo.

The fate of the existing Senior Center building was the source of intense debate in Newton.

Earlier this year, a group of residents, including members of Neighbors for a Better Newtonville, called on city leaders to preserve the building’s facade.

Newton’s historic commission received more than 600 pages of emails regarding the proposed project, which also sparked protests outside the building.

The Historical Commission, which is appointed by the mayor and confirmed by city councillors, imposed an 18-month demolition deadline on the property, which expired in March.

In their court complaint, the plaintiffs argued that the commission’s vote was based on applying “incorrect criteria” under the city’s ordinance.

The plaintiffs argued in the complaint that at least one commissioner who voted against the property’s historic nomination cited criteria that considered the “context of the senior center’s property to the policies and plans adopted by the town and to the surrounding area of ​​the property”.

The plaintiffs argued that the criteria were not included in the nominating phase of the city’s historic ordinance.

“To the contrary, there was overwhelming evidence on the record that the property in question qualified for monument nomination under the correct criteria of the Monuments Preservation Ordinance,” the complaint said.

They want the judge to order the Newton Historic Commission to review whether the Senior Center property is eligible for landmark designation using “only the criteria” from the city’s landmark nomination ordinance. , according to the complaint.

They also argued that the project should not impact a public park in front of the building.

The then-city Board of Aldermen approved the funding in 2005, according to the lawsuit filed in court.

In the complaint, the plaintiffs argued that the project’s use of the park violates the constitutional guarantee of the state to “the right to clean air and water, freedom from excessive and unnecessary noise, and the natural, scenic, historical and aesthetic qualities of their surroundings”.

The plaintiffs have asked that a Middlesex Superior Court judge prohibit the city from appropriating or spending money on the project, or building on the park land, before complying with the amendment constitutional state.

The next community meeting for the project is scheduled for June 16 at 6:30 p.m., according to the project’s website, newcal.projects.nv5.com.

John Hilliard can be contacted at [email protected]