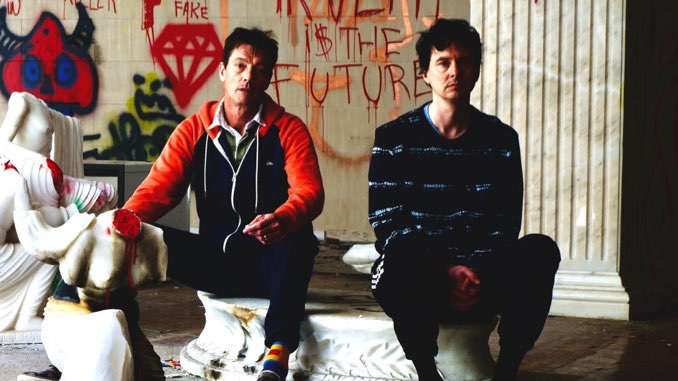 Longtime friends and collaborators, Panda Bear (Noah Lennox) and Sonic Boom (Peter Kember) have announced their first joint release, Reset, out August 12 (digital) and November 18 (physical) on Domino. Lead single “Go On,” which now comes with an animated music video, is built around a snippet of the 1967 Troggs track “Give It to Me.”


Reset Looking back: The pair first met (via MySpace, which says a lot) when Panda Bear thanked former Sonic Boom band Spacemen 3 in the liner notes of his 2007 solo album Person location, prompting a grateful response from Sonic Boom. Their creative partnership led to Sonic Boom mixing and co-producing Panda Bear’s solo albums in 2011 and 2015. Tomboy and The panda bear meets the grim reaperrespectively, and now this leads to Reset.

“Inspired by Sonic Boom’s collection of American doo-wop and rock-and-roll records from the 50s and 60s, the songs of Reset are as eye-catching and brilliant as anything Panda Bear or Sonic Boom have done in their own vaunted careers and are a testament to the power of communion and collaboration,” reads a press release.

Our first glimpse of the album finds the duo yearning for the future, looking forward in a way that is torn between impatience and anxiety: “Somethin’s comin’ round the bend / Somethin’ that I wanna know” , sings Lennox. Their stomp of a Troggs sample is finally augmented by a whirring synth and echoing hand claps, as if to sonically say the track’s two vibes, “Why not both?” But what’s most striking about the song is how well Panda Bear and Sonic Boom sample, reimagining the Troggs’ stripped-down love song as a harbinger of all that a future holds. unsure can book.

Watch the “keep on going” video (dir. James Siewert) below, and see the details of Reset lower.