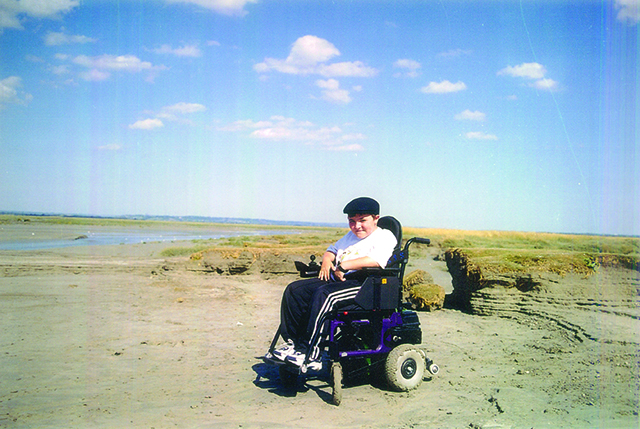 PharmaTimes speaks with Filippo Buccella, whose son Luca was diagnosed with a rare genetic condition, Duchenne muscular dystrophy (DMD) 28 years ago. would offer parents of a child with DMD.

What is Duchenne muscular dystrophy?
Duchenne is a rare genetic disorder that mainly affects boys and leads to progressive and irreversible muscle wasting. First, boys lose the ability to walk, and slowly they experience respiratory and cardiac complications. It is the most common and severe form of muscular dystrophy in children and is most common in boys, affecting one in 3,500 to 5,000 newborn males.

Can you describe your son Luca’s journey to diagnosis?
My son Luca was about to have surgery for his adenoids when a test found his creatine kinase level to be over 11,000, a hallmark symptom of Duchenne muscular dystrophy. Doctors confirmed Duchenne’s diagnosis during a biopsy during the operation. We never suspected anything because no one in our family was aware of the disease. The worst part was that there was nothing we could do. They told us to come home and try to be happy. This was what happened in the 90s. It was a wake-up call for me because I am a pharmacist and I was so sad to have medicine for everyone and nothing for my son. So I decided I had to do something. While surfing the Internet, I started to read everything I could about Duchenne.

How did you come to terms with his diagnosis?
When Luca was diagnosed it was an earthquake for his mother and me. Our dreams, our expectations, our projects, our social life have collapsed like a house of cards. 30 years ago, Duchenne had no future. We were told he would stop walking at age 9 and his heart and lungs would stop at age 20. It’s heartbreaking to see your child deteriorating until he or she can no longer walk or even breathe without help. How do you live such news? We did what we could, one day at a time.

What treatment did he receive?
When Luca was diagnosed there was no drug treatment available for his condition, so our only option was what we call ‘standard care’, where treatment focuses on neuromuscular rehabilitation, endocrine and gastrointestinal management. and nutritional, and respiratory, heart and bone health. and orthopedic management.

How Does Duchenne Muscular Dystrophy Affect Daily Life?
Duchenne completely changes your daily life as a family. At first I was deeply involved in his daily care, but one day, about ten years ago, I felt that my role as a father was suffering from this situation; we were losing the beauty of our father-son relationship because I had to figure out how to make ends meet with Luca and my job, so we decided to start looking for an assistant.

For 10 years now Luca has had an assistant who helps him get out of bed in the morning and do all the daily routines, also at night and a few more times during the day when Luca needs him. The assistant can also take him to meet his friends and see a movie or any other date. I have to say that over the last ten years we have been fortunate enough to organize and schedule Luca’s assistance with the best possible options.

What do you think is the biggest challenge living with this disorder?
The biggest challenge living with this disorder, from a day-to-day perspective, is realizing how much every act requires planning and decision to adjust to Luca. Something as simple as doing a weekly grocery store, which you would do without a second thought, now you have to adjust to your son’s condition and accessibility.

Other than that, the biggest challenge as a parent is trying not to communicate your fears to your child, while still being honest about the limits of their conditions. You want to tell them everything will be fine and don’t worry, but the truth is, you can’t guarantee anything. You are as much in the dark as they are. But you also want to make sure they’re enjoying their lives rather than being crippled with fear of what’s going to happen.

Are you satisfied with the medical care Luca received?
Her mother, her medical team and I did our best with the information we had in the 90s when Luca was diagnosed. Luca is happy, he’s a balanced young man, with friends and a job he loves. I am proud of the person he has become.

Is there anything you would change about his treatment?
As a pharmacist, it made me so sad to have treatment for everyone, but not for my son. If I could have changed anything, I would have liked to have had something available that would have helped me, but there was nothing available at the time. And if I had a wish of genius, I hope for a cure.

Do you think that the information available to the public on Duchenne muscular dystrophy is adequate?
Like many rare diseases, Duchenne is not well known to people who are unrelated to the disease in some ways. Myself, a pharmacist, I had never heard of Duchenne before Luca’s diagnosis. I had heard nothing at all about DMD when I was in college, nothing in my day to day life. I haven’t had the chance to meet anyone with Duchenne. Now, especially with the Internet, there is information, but only for those who seek it.

What advice would you give to other parents whose child is diagnosed?
I would like to be able to help a parent whose child has just been diagnosed with DMD; it is a very difficult task because words in such a terrible situation are unnecessary. I think we should be able to focus on our role as parents; we need to be by their side, trying to understand their future needs as they grow, focusing on ways to make their daily lives easier, spending quality time with them, teaching them to invest in their best qualities and to pursue their personal dreams. All this while forgetting to think of Duchenne, avoiding being afraid, being devastated by this disease and remembering that our pain is only secondary to the challenges that our son will have to face in his life. Other than that last thing … to me, that sounds like the normal parenting role, doesn’t it?

What is your greatest hope and your greatest fear for the future?
People with Duchenne muscular dystrophy have a life expectancy of around their mid-thirties. Luca is 30 years old, so it’s something that is very close to my mind. When it gets overwhelming, I try to look at the facts. Luca is not on assisted ventilation yet, so we still have some time together. And as far as my biggest hope goes, I think it’s the same as every parent who has a child with a rare disease for life: that Luca leads a happy and fulfilling life, making the most of his potential.