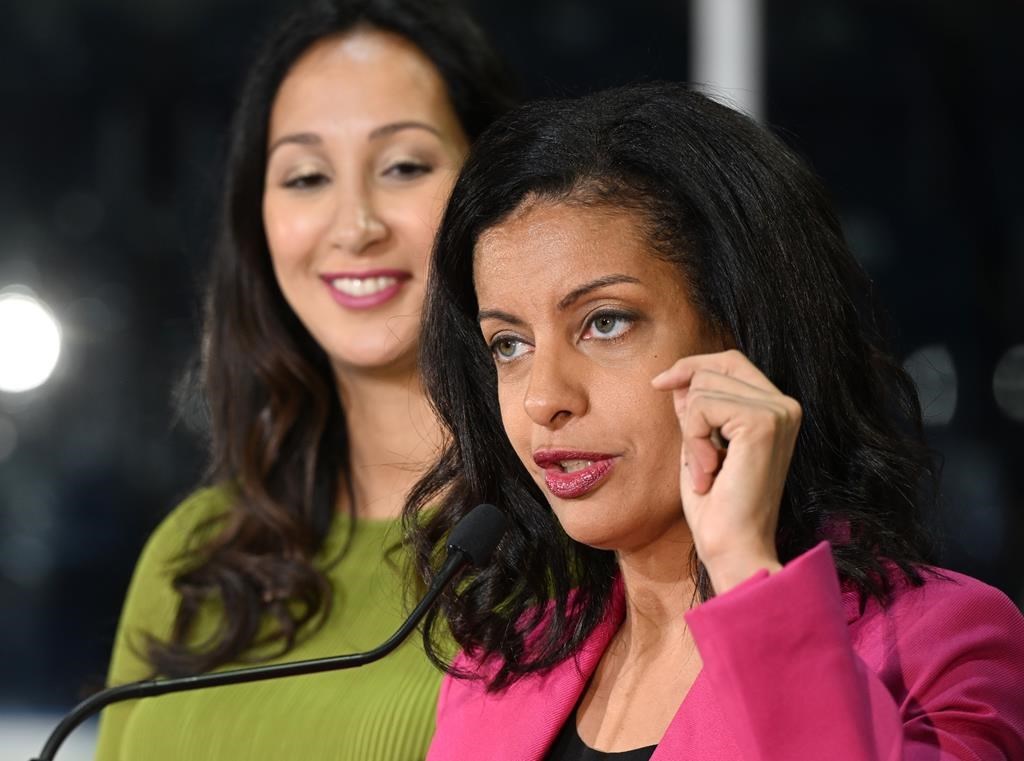 Anglade was asked to comment on the allegations against the Montreal musician while on the campaign trail Wednesday morning in Quebec City, where an election is due to be held Oct. 3.

She said she was “extremely troubled” by the recent report by US entertainment publication Pitchfork, calling them “serious allegations” and urging those involved to press charges.

Anglade said “allegations must be verbalized” and “complaints must be filed.”

On Saturday, Pitchfork published a story in which four people accused Butler, 42, of inappropriate sexual interactions. The plaintiffs told Pitchfork that the alleged interactions were inappropriate due to age gaps and the power dynamics at play and included unwelcome advances.

One of the accusers claims Butler sexually assaulted them twice in 2015, when they were 21 and he was 34. The Canadian Press could not independently verify the accounts described in the report.

Butler denies the allegations of sexual misconduct and assault, saying all encounters were between consenting adults and he never touched a woman against her will or demanded sexual favors.

In a statement, he admitted to having had relationships outside of his marriage with his teammate Régine Chassagne, saying he had mental health and alcohol use problems at the time the alleged interactions took place, between 2015 and 2020.

Anglade is a childhood friend of Chassagne. Together, they created the Kanpe Foundation, which helps rural populations in Haiti.

“In any situation like this, I’ve always said, ‘Victims need to be able to speak out, they need to be able to denounce and file a complaint,’ so that doesn’t change my point of view,” said the liberal leader. during a press briefing.

Chassagne released a statement to Pitchfork in support of her husband.

“I know what’s in his heart, and I know he never touched and never would touch a woman without her consent and I’m sure he never did. He lost his way and he found his way back. I love him and love the life we ​​have created together,” the statement read.

Some Canadian radio stations have taken Arcade Fire out of rotation this week, at least temporarily.

A spokesperson for Rogers Communications said two alternative music format radio stations owned by Rogers Media have “paused” the band’s playback and that the company “will continue to monitor the situation as it unfolds. “.

Earlier this week, CBC confirmed it would also stop airing the Montreal rock band on its radio station CBC Music FM and Sirius XM channel CBC Radio 3 “until we know more about the situation.” .

Meanwhile, Toronto station Indie88 removed Arcade Fire from its playlist over the weekend shortly after the allegations were published.

This report from The Canadian Press was first published on August 31, 2022.