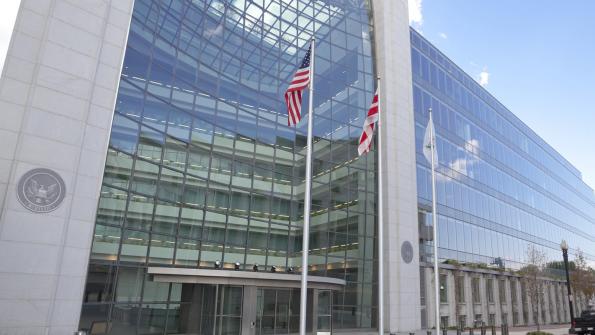 The Securities and Exchange Commission this week settled charges with a New York-based registered investment advisory firm for failing to file and deliver its client relationship summary form to the regulator and its clients on time.

Order follows previous SEC charges last July against more than two dozen companies for similar conduct, with a securities lawyer saying enforcement staff would likely continue to identify companies that had failed not filed a case, calling it “the lowest fruit” of CRS violations.

According to the SEC, Syracuse, New York-based Disciplined Capital Management with approximately $ 391 million in assets under management missed the deadline for filing its CRS form with the SEC by June 30 2020 and did not submit the form. to existing customers by a second deadline in July 2020.

In the order, the commission argued that SEC review staff contacted the company’s CCO on October 14, 2020 to alert the company that it had not filed a CRS form. But according to the commission, Disciplined still did not file it and did not do so until March 30, 2021. In addition, the company did not release the form to existing retail customers and did not publish the form. on its website only in March, according to the SEC. Discipline, although he did not admit or deny the findings of the order, agreed to a ceasefire, censorship and pay $ 25,000. Representatives for the company did not respond to calls for comment at the time of publication.

In July, the SEC invoiced 21 investment advisers and six brokers / dealers who failed to “deposit and deliver” their CRS form to investors on time. The charges were announced on Gurbir S. Grewal’s first day as SEC director of enforcement, and penalties ranged from $ 10,000 to over $ 97,000.

Kurt Wolfe, an attorney with the SEC Enforcement Practice at law firm Quinn Emanuel Urquhart & Sullivan, said it was difficult to estimate the frequency of these types of actions, but pointed out that it was relatively straightforward. for SEC examiners and enforcers to assume if a company hasn’t filed a CRS form. Wolfe is waiting for the SEC to start enforcing the substance of the CRS Form, which he says would start with obvious cases, such as failure to disclose conflicts or adequately describe a conflict or charges. Wolfe argued that these are the kinds of issues the form was supposed to clearly elucidate for customers.

“If they feel that you are not doing this right, or well enough, or certainly if you are not being honest, these are the kind of cases that you can see if and when we come to enforcement actions that affect to the substance of the disclosures in the CRS form, ”Wolfe said.

Wolfe was also looking to see if and when we would see the first enforcement actions related to Best Interest Regulation, which was passed and implemented alongside the CRS Form mandates. Wolfe said the SEC had shown a “decent amount” of interest in the rule and how it would be enforced and enforced (noting that Grewal had spoken about it in his first speech as Director of Execution). He also expected the first steps to come from the commission, and not from other entities like the Financial Industry Regulatory Authority.

“It will be interesting to see if and when we carry these cases, and I think it will be the SEC that carries these cases,” Wolfe said.