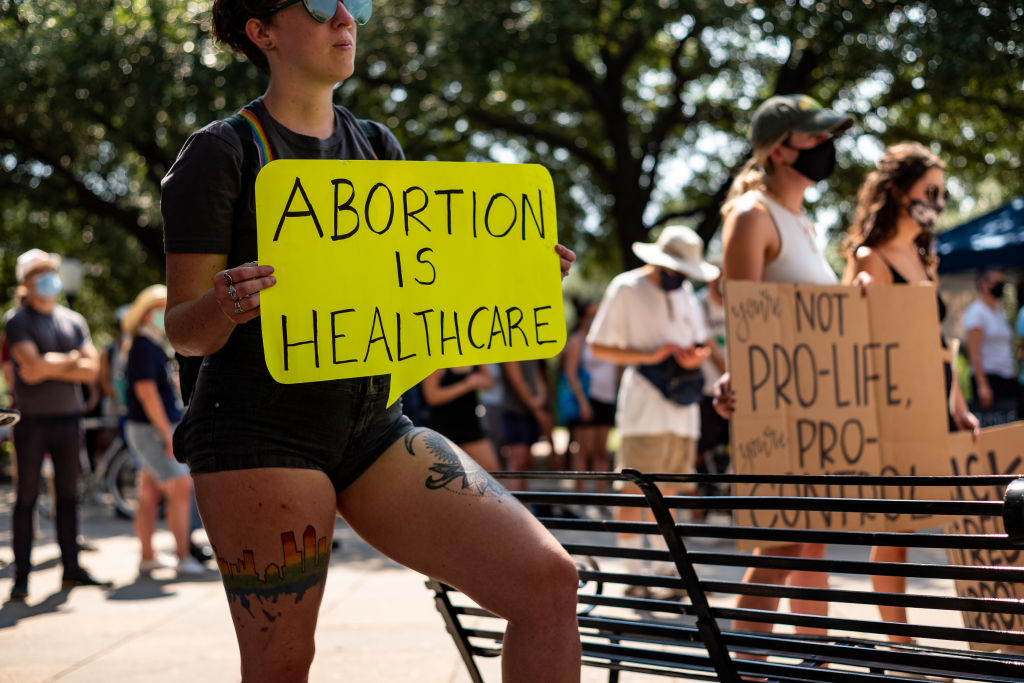 Texas Abortion Funds issues new challenges to abortion ban: ‘We will not be intimidated’

On March 16, the Texas Equal Access Fund (TEA) and the Lilith Fund for Reproductive Equity filed a complaint against two right-wing anti-abortion organizations: the America First Legal Foundation in federal court in Washington DC and the Thomas More Society in federal court in Illinois. They also filed a complaint against two individuals, Sadie Weldon and Ashley Maxwell, in two different district courts in Texas. The lawsuits ask the courts to declare SB 8, Texas’ six-week abortion ban, unconstitutional and bar the defendants from enforcing the law.

The U.S. Supreme Court and Texas Supreme Court have previously dismissed abortion providers’ lawsuits challenging the constitutionality of SB 8, but these four lawsuits filed last week offer new hope for restoring access to the abortion in the state.

The TEA Fund and the Lilith Fund raise funds and help low-income patients obtain abortions in Texas and other states. The lawsuits came after Weldon and Maxwell filed lawsuits against the two funds in February seeking to question their executives on how they have helped people get abortions since SB 8 came into effect. Weldon and Maxwell are represented by Jonathan Mitchell, the architect of SB 8 and former Solicitor General of Texas; State Senator Bryan Hughes (right), the law’s chief legislative advocate; and attorneys from the Thomas More Society and the America First Legal Foundation.

These attacks on our fund are meant to stigmatize abortion funding and prevent us from supporting Texans seeking care.

On Twitter, Tom Brejcha, President and Chief Counsel of the Thomas More Society, accused Texas Abortion Fund for violating SB 8 for a two-day period in October when a judge temporarily blocked the ban. Another tweet claimed that people donating to the funds are subject to civil and criminal liability.

In their lawsuit, the funds argue that the effort to enforce SB 8 “poses imminent and existential threats to the fundamental and constitutional rights of plaintiffs, their staff, volunteers, and donors.”

“These attacks on our fund are meant to stigmatize abortion funding and prevent us from supporting Texans seeking care,” noted Kamyon Conner, Executive Director of TEA Fund. “The work we do to help people access abortion helps communities thrive. We will not be intimidated. We will continue to stand up to the tyrants who have launched this attack on our work, our rights and our communities. »

Since the ban came into force on September 1, nearly 1,400 Texans left the state every month and travel to neighboring states like Oklahoma and New Mexico, but also as far afield as Illinois, Washington, Ohio and Maryland.

SB 8 prohibits abortion at approximately six weeks without exception for rape or incest. The law allows private parties to sue health care providers who perform banned abortions or anyone who “aids and abets” another person to obtain one. The law rewards successful plaintiffs with “at least $10,000” plus attorney’s fees and bars winning defendants from being reimbursed for their legal costs. By barring state officials from enforcing the law, Texas lawmakers sought to circumvent constitutional abortion rights guaranteed by the 14th Amendment, which only applies to state action. and not to private action.

Lawyers are hoping for a better outcome in the new lawsuits. While previous lawsuits challenging SB 8 were filed in Texas, which falls under the notoriously anti-abortion appeals court for the 5th Circuit, these new lawsuits are filed in Chicago and Washington, D.C., which fall under the courts of US appeal for the 7th Circuit and the District of Columbia, which are seen as likely to be more supportive of their arguments.

“We are once again obligated to protect the work we do and to show up for the Texans who need abortions and the people who love them,” noted Amanda Beatriz Williams, executive director of the Lilith Fund. “We will not be harassed or intimidated for not serving our community, in court or elsewhere. We are proud to fight back, even when we have no choice.

Sign and share Mrs. relaunched the “We had abortions” petition– whether you have had an abortion yourself or simply stand in solidarity with those who have – to let the Supreme Court, Congress and the White House know: we will not abandon the right to a safe abortion, legal and accessible.

If you found this article helpful, please consider supporting our Independent Reports and Truth Statement for as little as $5 per month.

How to File Your Own Super-Easy State Trademark Applications