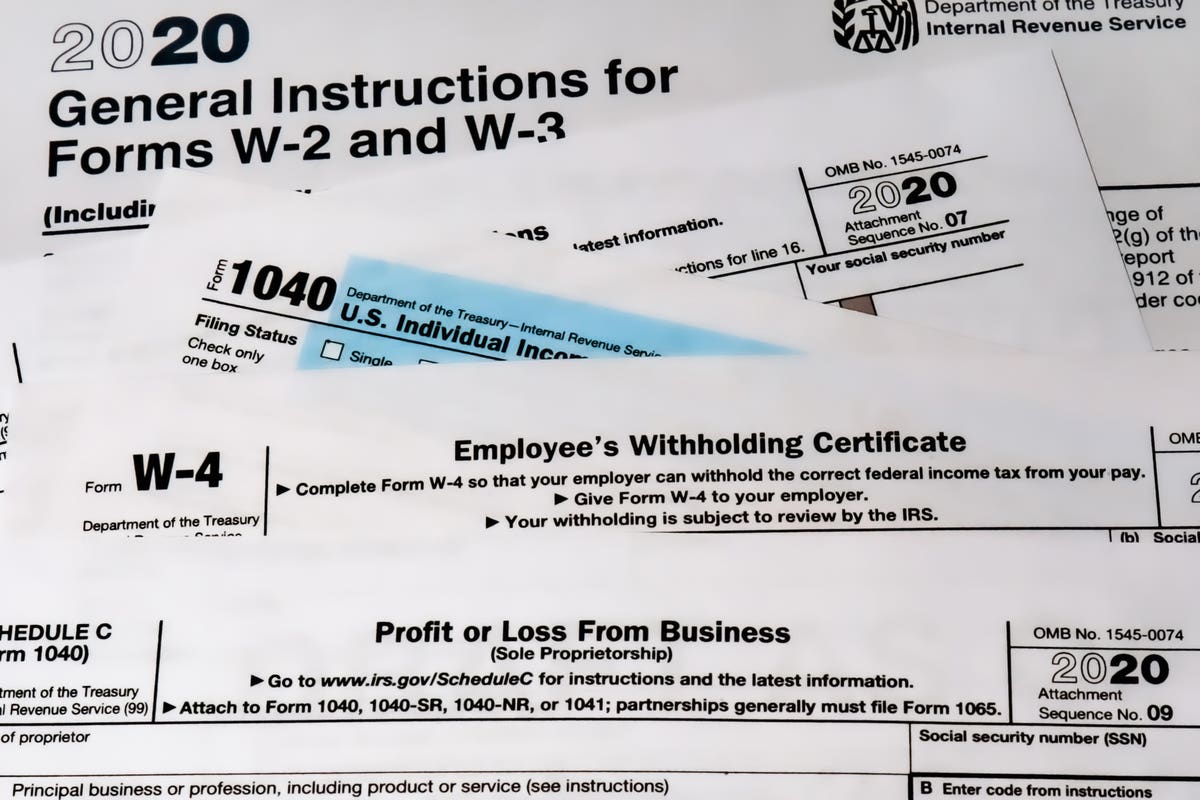 The IRS made me file a paper return, then lost it

Well, according to the notice I got yesterday, the IRS says they “never received” the return. But I stick to “lost”.

As TaxVox readers may recall, Me and at least 3.4 million other filers– was caught in an IRS security trap last year. In a well-meaning way but remarkably poorly designed To protect against identity theft, the IRS requires electronic filers to report their adjusted gross income (AGI) from the previous year on their current year’s return.

In theory, this match would prove that you are you. Or, at least, the IRS would know that anyone who e-filed this year had access to your return information from last year.

Unfortunately, the AGI of my 2019 return did not match the number I gave the IRS in 2020. In fact, it matched, but the IRS insisted it did not.

Beaten by the system

Little did I know then, although many others did, that there was an easy way to fool the system: just plug in zero for the previous year’s AGI. Crazy guess here, but I imagine identity thieves have figured this out as well, thus negating the purpose of AGI verification entirely.

There are two lessons here: 1) I’m a very bad hacker and 2) The IRS’ identity protection system only catches computer idiots or honest people.

I spent days trying to fix this problem. TurboTax, the software I used to create my return, was of no help. I tried calling the IRS. You know how it happened.

Failing all that, I had no choice but to send my statement by mail. It was the last thing I wanted. And the last thing the IRS says it wants. But that didn’t give me any other options. Since I had a balance owing, I also sent a check.

The IRS received the check. In fact, he cashed the check just six days after I mailed it. Very impressive.

So imagine my surprise when I received notice eight months later that the IRS “never received” my 2020 Form 1040.

He most likely received it, but somehow lost it in the piles of paper statements and other mail that have been waiting to be processed, in some cases for over a year. Unlike many filers, at least I didn’t expect a refund.

Much of this was beyond the agency’s control. It was already understaffed due to budget cuts. Like almost all employers, he has been hammered by pandemic-related absences. And Congress instructed the agency to distribute multiple economic impact payments (i.e. stimulus checks) and, later, monthly child tax credit payments.

But some of this mess was directly due to failed systems and poor management. The agency has known for at least five years that his AGI identity check did not work. He knew he was unable to answer phone calls. And he knew his system of confirming identities via cell phone numbers was a mess. Yet none of this has been resolved. And all of those failures drove me and others to do the one thing the IRS was trying to avoid: stick a statement in an envelope and mail it.

What do I do now? The IRS, as only it can, gave me two choices: either send a return to the IRS or send a copy of the return I have already filed. Second note to the IRS: these are sort of the same thing.

Either way, I’m about to add to the agency’s growing pile of unread mail. For the second time.

Keep in mind that the IRS begins the current tax season with 9 million unprocessed personal and business returns, 3 million unprocessed amended returns, and nearly 5 million pieces of correspondence from previous tax years that ‘he has not yet processed. The agency calls this “significantly high inventory.” It is something like describing Mount Everest as a considerably high hill.

The IRS is warning taxpayers and Congress that the new filing season is going to be painfully slow. And he’s practically begging taxpayers to file their e-file. Yet it continues to complicate the task unnecessarily. Third note to the IRS: If you want people to do something, stop making it difficult.

In November, the The IRS announced it will attempt to solve the identity verification problem by requiring online users to register with a new system called ID.me. Forgive me if I’m skeptical.

Meanwhile, I’ll head to the post office with another copy of my 2020 return. Then I’ll get to work on my 2021 tax year return. And wait for this year’s adventures in tax return.