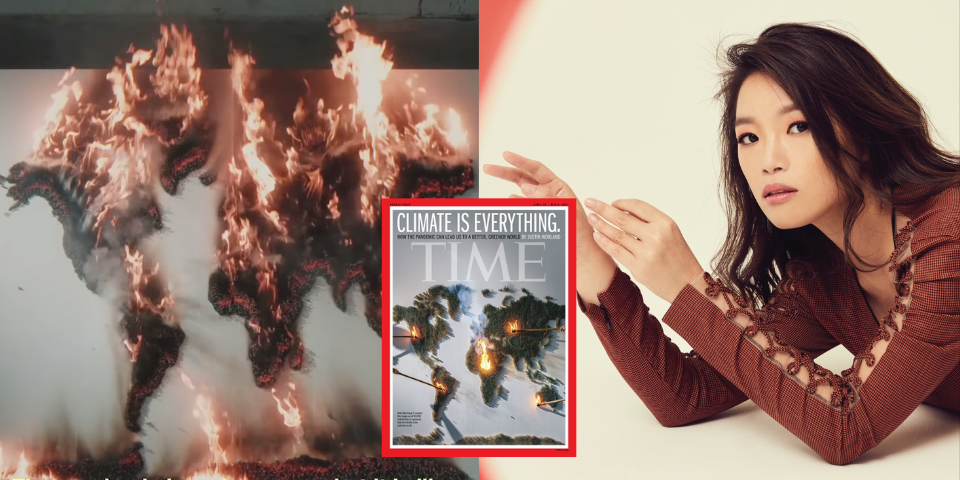 TIME Magazine’s latest cover is so good it scares you. And it was done by a Malaysian.

Stay up to date with the latest technology, science, culture, entertainment and more by following our Telegram channel here.

TIME Magazine is famous for many things – from its up-to-date and insightful coverage of recent events, to its vivid imagery and accessible writing style. But just as important to the identity of TIME – if not most important – are its covers.

Over the years, TIME magazine has become almost synonymous with its covers that have highlighted the most important events or individuals of the present moment.

Whether it was the destruction of the Berlin Wall, the election of the very first non-white American president, or the many covers of “Person of the Year,” each has come to symbolize a truly iconic subject and. relevant, and most accomplished the task in a memorable and eye-catching manner.

For its next edition on April 26, 2021, TIME thought to highlight the ever growing and increasingly palpable threat of climate change. And for his cover, he sought out talented Malaysian artist Red Hong Yi in hopes that she would deliver something truly memorable.

Turns out she did.

An art that sticks to your skin.

Known for creating pieces of performance art that linger in the mind long after you’ve seen them, Red Hong Yi – or simply known as Red – attempted to achieve the same effect for the cover of TIME by illustrating the ways in which the current global climate crisis affects not only selected individuals, but the world’s population at the same time.

“The motivation behind this came from the urgency of having to fight climate change together,” she said in TIME’s behind the scenes article showcasing his work. “The idea came from wanting to highlight a map of the world, where everyone is involved, and if one place is affected, the whole place is affected.”

If you still haven’t heard of her, Red’s performances and installations have been widely highlighted by numerous media posts, and it’s not surprising given the tone, gravity, and tone. relevance of her art to the current zeitgeist, as well as the methods she uses to achieve such amazing results.

In the past, Red has created art using unconventional methods such as creating portraits from coffee stains and melted candles, or using tea bags to depict a man brewing. pulled tea – which is common in Asian culture, but also very representative of classifying work.

One work of art in particular which brought her great fame was a portrait of the legendary Chinese basketball player Yao Ming which she painted while dribbling a basketball across the canvas. This portrayal eventually went viral and allowed Red to pursue his passion full time.

More recently, Red has been working on a moving collection of artwork called “I am not a virus”, which addressed the growing anti-Asian sentiment that has spread as a result of undue rhetoric – particularly that accusing Asians of being the source of the COVID-19 pandemic.

First TIME, and the first of many?

This time around, Kota Kinabalu-born artist Sabah made double-sure that this particular piece for TIME magazine would not only match his previous efforts, but perhaps even surpass them.

Over the course of two weeks, Red and his team painstakingly created a representation of the world using nothing but green tipped matches and a simple board. After cutting the board to a precise dimension of 7.5 by 10 feet, she then used a computer to numerically measure and define the positions of each of the 50,000 matches.

Then she laser cut individual holes in the board and proceeded to insert the green tipped matches (which represented trees) into the holes, one by one with varying heights to give the appearance of a topography. varied, until a map of the world manifested.

She and her team then sprayed a coat of fire retardant on both sides of the board and set the cameras up for one hell of a show, then finally set the whole thing on fire.

“I think it was just a race against time and it was fun to build this together, but of course we knew it would be burnt,” Red said as he explained his line of thinking. “The idea behind it was that it takes a long time to build something, but it can also be destroyed very quickly.”

To say the least, the result was mind-boggling, and no less terrifying when you think about the significance and relevance of the play to what’s going on in the world right now.

As you can see in the video, the topography of the green “trees” quickly turns into a terrifying hell with lots of toxic fumes, then into a mass of horrific remnants, all black and scorched, and absolutely horrible compared to what the world could possibly become if we fail to halt the effects of climate change.

Of course, the results may overstate the possibility of the future, but Red’s art once again gave TIME readers something to ponder. Hopefully their thoughts and reflections translate into actions for the betterment of the planet as well.

On a personal level, this performance piece means another step forward for Red. Despite this being her very first TIME magazine cover, it looks like she made a good impression.

In the explanatory article, writer DW Pine noted that “In nearly 100 years of TIME covers, never has a work of art been so drastically transformed in the process.”

Hopefully for Red this one will be just the first of many to come.