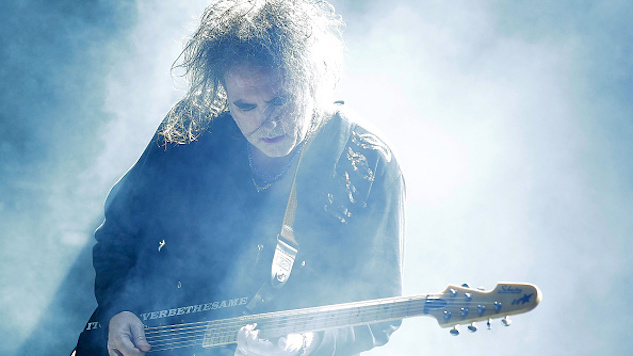 It would be an understatement to say that Cure fans have been patient in the 14 years since the release of their last studio project, 4:13 Dream. The past few years have been particularly trying, as frontman Robert Smith has been teasing two new albums, as well as an experimental solo project, since at least 2018. Despite constant promises of “soon,” Smith might actually mean “soon” this time around. , as he confirmed that the first of two discs should be released this fall, and it has a title: Songs from a Lost World.

In one NME Awards interview On Wednesday night (March 2), Smith shared that of Cure’s two new albums, “one of them is done,” but “unfortunately, it’s the second that’s done. [On the first album] I have to do four voices, and there are 10 songs on each album. We are mixing next month on April 1st, so I have three weeks left. As for what we can expect from each album, including his upcoming solo album, Smith shared that “Cure’s debut album is an unrelenting disaster. It’s the most disastrous thing we’ve ever done. The second is optimistic, and my [solo] we won’t be out until next year.

Instilling more hope that something is actually on the way this time, Smith confirmed: “I know what it’s called – it’s called Songs from a Lost World. There’s artwork, there’s an order in progress, it’s almost done!” Saying the process continues to be delayed due to vinyl manufacturing issues, he suggested the finished product “could arrive in September. I’d rather it just come out. I can’t stand the anticipation.

In addition to working on the albums and announcing The Cure’s UK/EU Tour Dates for later this year he also recently collaborated with Scottish band CHVRCHES on their single ‘How Not To Drown’, which he performed with the band at the awards ceremony last night. The band also performed the classic 1987 Cure track “Just Like Heaven”.

Check out the full interview with Smith below, along with a performance from 1984’s Cure du Pastry archives. Plus, while you wait for new music from The Cure, you can check out our throwback to the band’s 1987 concert film. The Orange Remedy.