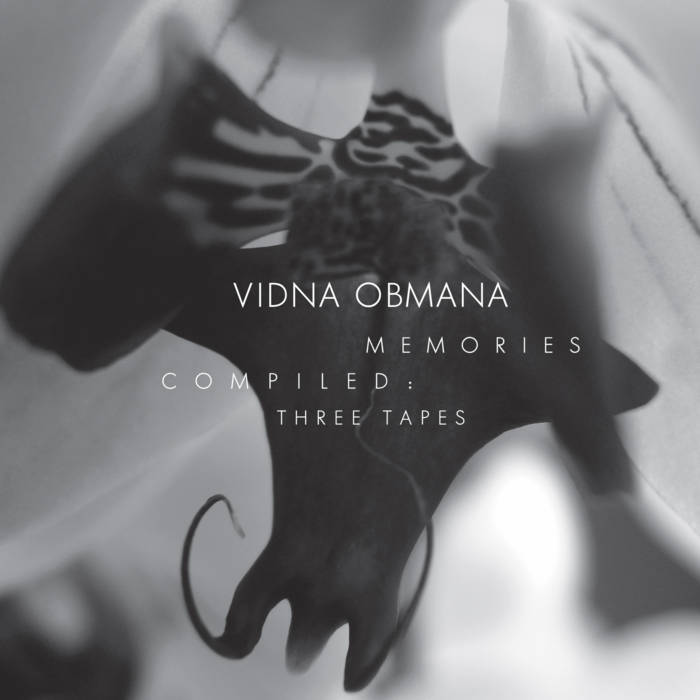 Background information: Zoharum continues the release of the catalog of the Belgian master of ambient and experimental music, Vidna Obmana. This work brings together three “early” albums that were originally released on cassette. ‘Gathering In Frozen Beauty’ (1989), ‘Near The Flogging Landscape’ (1990) and ‘Refined On Gentle Cloud’ (1991) were compiled into three discs.

Contents: Dirk Serries experimented with different genres during his Vidna Obmana years, but he now brings us back to elusive yet disturbing ambient music. The tracks are gradually built up with small additional details. Bothn/a and especially the 3rd the record became ultra-Cinematic-like which is accented with strings.

+ + +: The opportunity to (re)discover rare and somewhat forgotten works by this artist who can boast an impressive discography. But it’s also fascinating to realize that this music was composed in the late 80s and early 90s. At the time, there was clearly something visionary about this music. The albums form a compact and complementary production that comes out in an artistic digipak.

– – –: Some passages are a bit monotonous and after a while the work becomes a bit predictable. This is something for the heaviest fans.

Conclusion: The visionary side of Vidna Obmana is masterfully exposed by this new reissue.

Best Songs: “Into Gray Divides”, “For Ancient Crossed”, “Onto A Broken Path”.

Since you are here…
…we have a small favor to ask of you. More people are reading Side-Line Magazine than ever, but media advertising revenue is falling rapidly. And unlike many news outlets, we don’t have a paywall in place – we want to keep our journalism as open as possible. So you understand why we need your help. Side-Line’s freelance journalism takes a lot of time, money and hard work to produce. But we do it because we want to push the artists we love who are also fighting to survive. If everyone who reads our stories, who likes them, helps fund them, our future would be much safer. For as little as US$5, you can support Side-Line Magazine – and it only takes a minute. Thanks.
Donations are securely funded through Paypal.